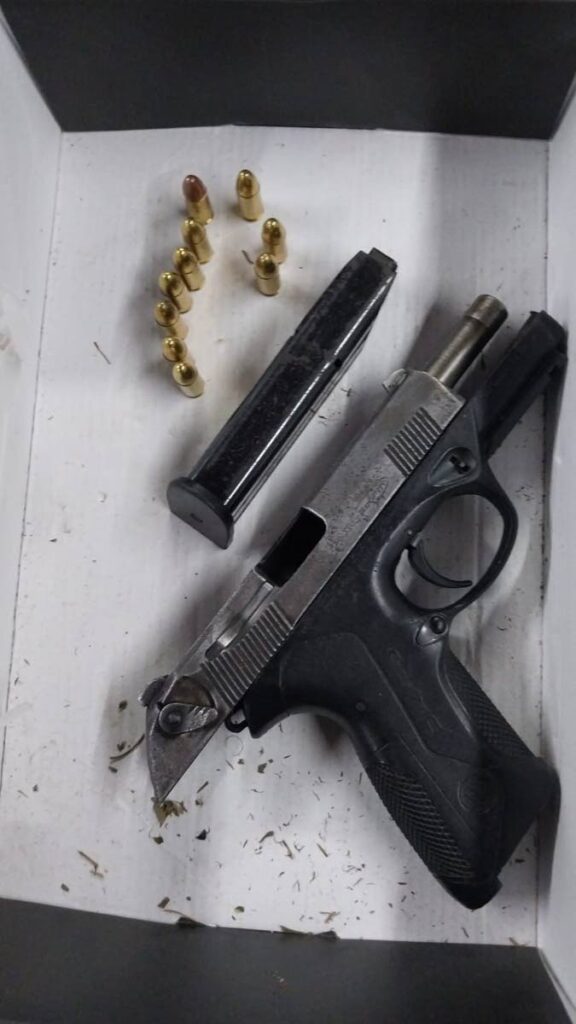 THE police are stepping up efforts to stifle access to illegal guns, acting Police Commissioner McDonald Jacob said as he spoke of the latest weapon haul by police on Friday.

In a release, Jacob said the police service remained "adamant on stifling the ease of access of illegal firearms and ammunition in our communities."

He said sound detective work, intelligence-based operations and partnering with the public will play a major role in reducing the occurrence of gun related violence.

Jacob commended his officers for their efforts, pointing to Friday's firearms removal and narcotics eradication exercise in the Southern Division which led to the arrest of eight people and the seizure of three illegal firearms, 42 rounds of ammunition along with a quantity of marijuana seedlings, marijuana and cocaine.

Five people were arrested and one Berretta pistol with ten rounds of nine-millimetre ammunition, 140 marijuana seedlings, 120 grammes of marijuana and three grammes of cocaine were seized.

A Marabella man, 38, and two from Princes Town were also arrested for possession of cocaine.

Police said a teenager and two men were also arrested after Tableland police searched a vehicle and allegedly found an AR15 rifle and a Glock 17 pistol, both of which were fitted with magazines containing ammunition. A crate with 32 round of nine millimetre ammunition was also found in the vehicle. 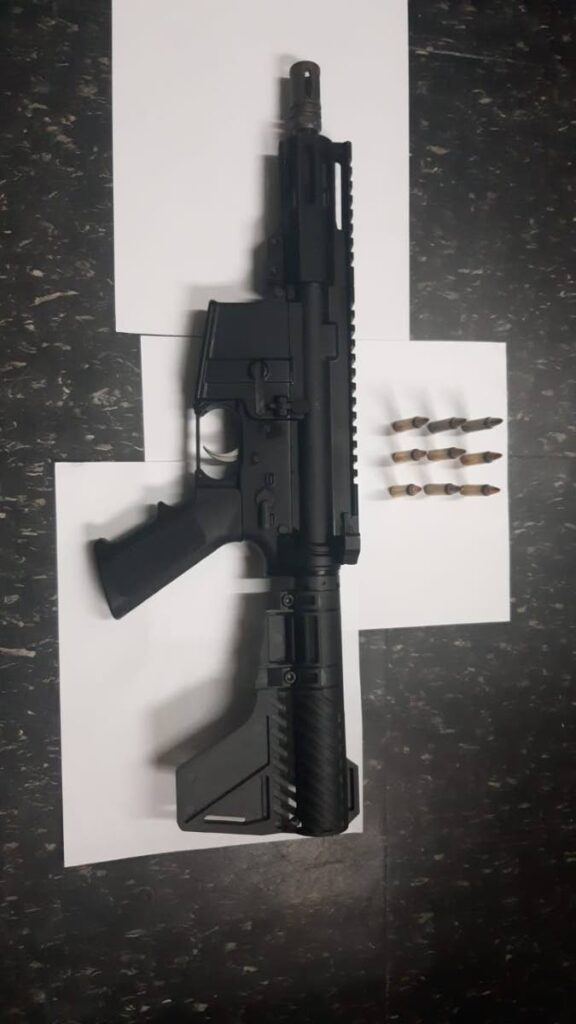 An AR rifle seized by police in the Western Division on the weekend.

The three, who are all from the Tableland, were arrested. Those exercises were led by senior Supt Lucia Winchester, Supt Rampath, Supt Carthy, ASP Jaikaran and Insp Phillip.

In the Western Division, members of the Gang and Intelligence Unit seized an AR Rifle with nine rounds of 5.56 ammunition from a house on Cemetery Street, Diego Martin.

Officers went with a search warrant and when they got there, a man ran from the back of the house with a bag in his hand. The suspect, who was named in the warrant, dropped the bag while escaping over a wall.

The bag was searched and the rifle was found.

Meanwhile, officers of the e Port of Spain Division Strike Team also seized a black metal rifle with a magazine at a property on Bamboo Road, Five Rivers, Arouca.

The gun was found concealed in a white feed bag.

Additionally, in the Eastern Division, officers were in the Rio Claro district where they found a home-made firearm and two 12-guage cartridges in the root of a tree on a parcel of land at Ridge Road, San Pedro.