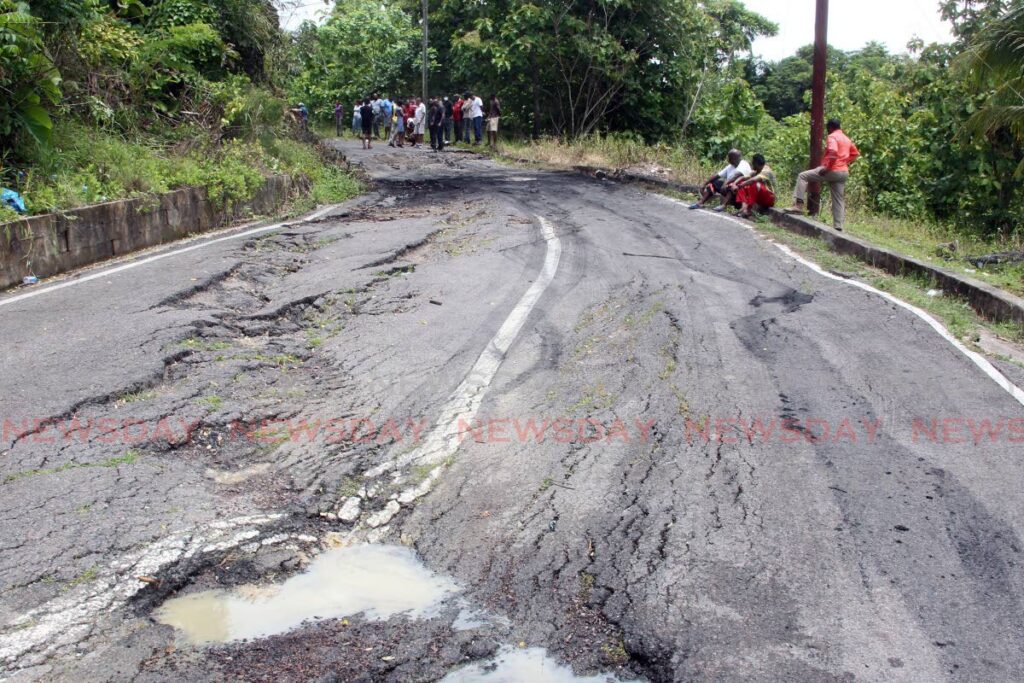 Residents of the eight-and-a-half mile mark along the Penal Rock road, staged a protest to highlight the bad roads and poor infrastructure in their area on Tuesday. - Lincoln Holder

From early on Tuesday and continuing into the afternoon, residents of the eight-and-a-half mile mark at Penal Rock Road, Penal, protested over bad roads and poor infrastructure.

They burnt debris and also blocked several other routes such as Platanite Trace and Boucard Trace. calling on those in authority to fix the problems.

Spokesman Steve Lezama, of Penal Rock Road, said the residents are in a quandary because of their location which borders the Siparia and the Moruga/ Tableland constituencies. The area, which has a massive landslip also borders the Princes Town and Penal/Debe regional corporations.

"We have been crying out to the various ministries and representatives and no one seems to have the answer. The cries are the same: they have no money." 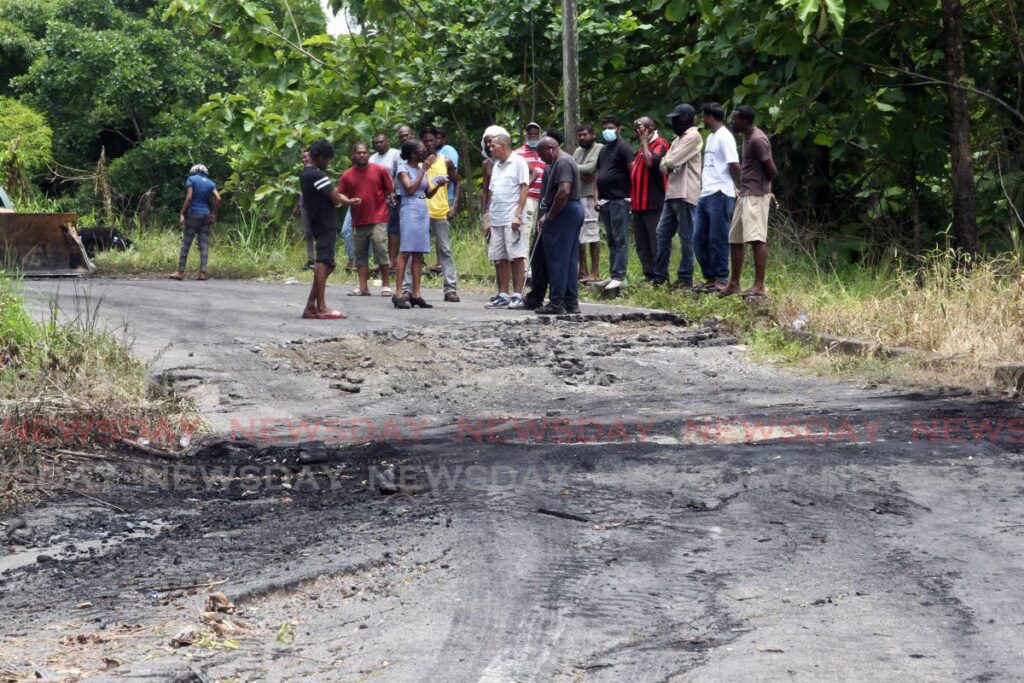 Residents of the eight-and-a-half mile mark along the Penal Rock road, staged a protest to highlight the bad roads and poor infrastructure in their area on Tuesday. - Lincoln Holder

"If Christopher Columbus comes back now, the road condition remains the same as he left it.

"There has been no upward mobility for this community. It seems that we are a forgotten community. This (protest) is desperation and the saying is, desperate times call for desperate measures, so the villagers decided to come out."

Razack Mohammed, 73, said constant land movement had damaged his son’s three-bedroom wooden home. The pensioner lives a stone’s throw away. He said a broken water line has contributed to the problem.

Quinam/Morne Diablo councillor Diptee Ramnath, from the Penal/Debe Regional Corporation, said he met with the residents after hearing about the protest.

Speaking to Newsday at the eight-and-a-half mile mark, he clarified that the area falls under councillor Joseph Lorant, of the Princes Town Regional Corporation. He said he got reports of water leaks and reported them to staff at the Water and Sewerage Authority (WASA). Ramnath added he also informed representatives from the Works and Transport Ministry.

"As a temporary measure, I called the Penal/Debe Regional Corporation to assist with materials to make the road passable. We already send for the materials," Ramnath said.

"I am liaising with Mr Lezama with whatever is taking place. " 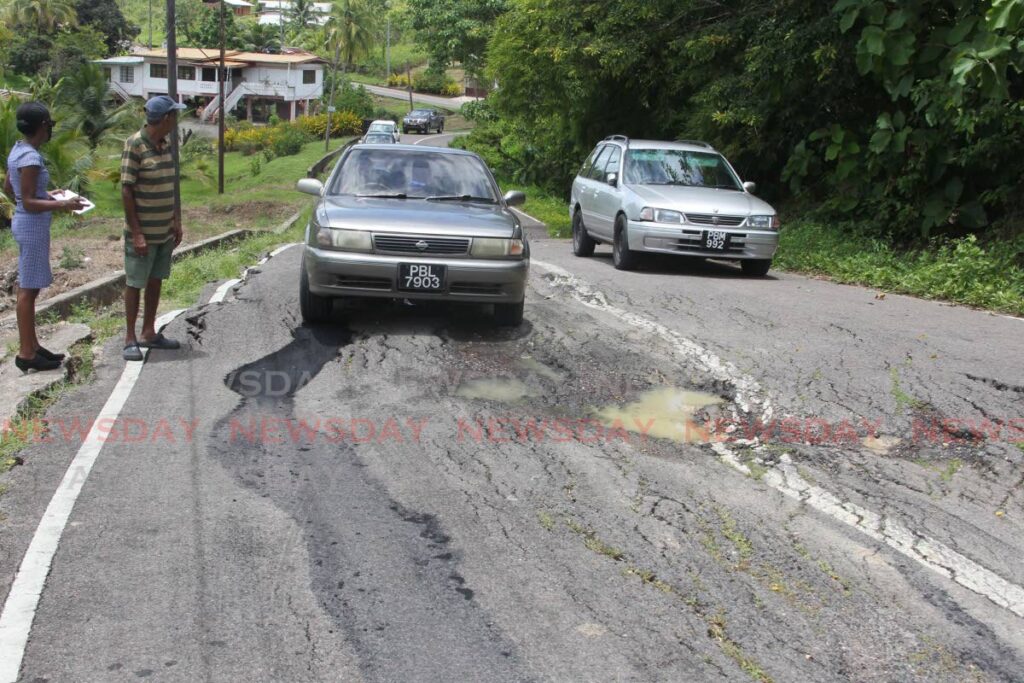 Drivers navigate the road at the eight-and-a-half mile mark along the Penal Rock Road. - Lincoln Holder

"WASA representatives are expected to visit the area to deal with water leaks in the morning. They also promised to do some repairs works when they are done," Benjamin said.

"I am aware of their concerns because we have done the paperwork on both ends (Siparia and Moruga/Tableland constituencies).

"Residents on the Moruga end stand to be cut off if nothing is done to stabilise the road," she warned.

The Penal Rock Road runs from Penal to Basse Terre Village in Moruga.