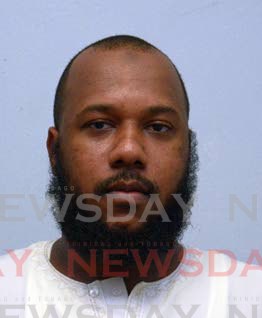 ALLEGED gang leader Rajaee Ali has complained about the fairness of his trial on a 2013 charge of having an illegal electricity connection and the three-month custodial sentence a magistrate imposed in 2018.

Ali, who was committed in 2020 to stand trial for the May 2014 murder of former independent senator Dana Seetahal, SC, was sentenced to a three-month custodial sentence for the illegal electricity connection, which was quantified as his illegally receiving $600 worth of electricity.

Magistrate Gillian Scotland found Ali, of Carapo, guilty on May 14, 2018, by in the Arima Court for the offence on May 24, 2013. Ali appealed his conviction and sentence, alleging he did not receive a fair trial.

On Friday, Justices of Appeal Prakash Moosai and Gillian Lucky reserved their decision after more than three hours of submissions.

His attorney, Roshan Tota-Maharaj, argued the fairness of his trial was compromised because he did not receive equality of treatment and protection of the law.

Tota-Maharaj also argued Ali did not get to call a witness in his defence, for his new attorney to properly cross-examine crucial witnesses or make a proper closing address. He also submitted the magistrate had the discretion to impose a fine, make him do community service and put him on a bond.

As she took the judges through the chronology of the case, deputy Director of Public Prosecutions Tricia Hudlin-Cooper maintained that throughout the matter, Ali was "extended the arm of mercy" by the magistrate.

She also pointed to instances when the magistrate assisted Ali.

“The magistrate intervened when the appellant had problems asking questions (of witnesses)…And when he asked for time, he got it.”

Hudlin-Cooper maintained that throughout the duration of the matter, he had the opportunity to prepare his defence and was always represented by his own attorney, so the magistrate could not intervene as she could have if he had had legal aid..

Years into the matter, Hudlin-Cooper asked how the court could countenance what was taking place and insisted the magistrate was correct when she said the matter would go on.

At the end of Friday’s hearing, attorneys for both sides were asked to provide additional authorities and submissions on key questions raised by the judges.