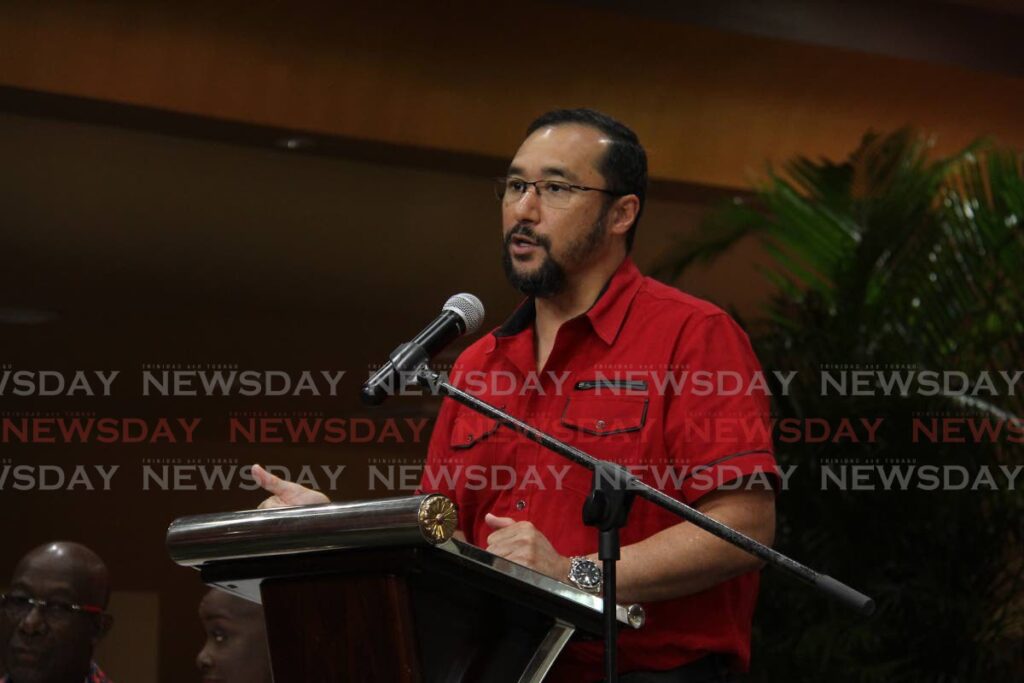 “Rock so!” was the message from Energy Minister Stuart Young to PNM political leader contender Karen Nunez-Tesheira, as he announced that her application to stop the party’s internal election was dismissed in the Court of Appeal.

Young, who is contesting the post of chairman, made the announcement at the Leaders in Service rally in La Horquetta on Friday night after the judgment was made.

“I will tell you who filled the appeal to prevent us from going to the polls in the morning. It is the person who suddenly has remembered that she is PNM and is suddenly putting herself forward to challenge our political leader, who will return.”

On Wednesday, the High Court dismissed an injunction application by Nunez-Tesheira and two members of her slate, Dr Kenneth Butcher and Bishop Victor Phillip, who were vying for the post of chairman and election officer respectively.

In their injunction application, they asked for orders for the election to be held on one day instead of on November 26 and 27, and December 4, or postponed until their lawsuit was determined.

After the matter was dismissed, an appeal was filed in the Court of Appeal late Friday evening. However, it was dismissed by a three-judge panel.

“They tried to prevent a wide-spread democracy in the people’s National Movement but justice has prevailed,” said Young.

He urged the crowd to remember who stuck with the PNM through times of adversity, and who turned their back on the PNM.

General secretary Foster Cummings told supporters he knew they would prevail because he pulled out Psalm 23 and prayed even as he got ready to appear at the proceedings virtually. He then recited the psalm much to their delight.