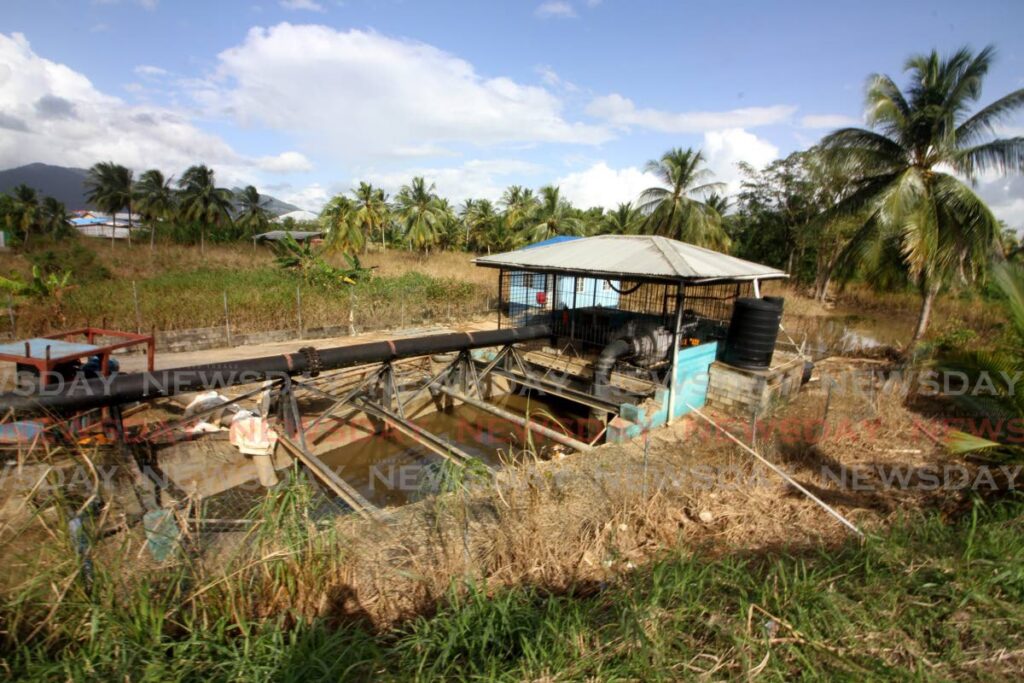 A damaged pump meant to help mitigate against flooding at Bamboo No 2, Valsayn South on Friday. Photo by Angelo Marcelle

WORKS and Transport Minister Rohan Sinanan said his ministry is currently dealing with blockages and breaches in watercourses in the aftermath of flooding in different parts of TT earlier this week.

He made this statement in response to questions from Opposition MPs in the House of Representatives on Friday.

Sinanan identified Bamboo #2, La Paille and Woodland as some of the places where these works are taking place. While the ministry’s desilting programme is an ongoing one that takes place during the dry season, Sinanan said, “At this point, wherever there were breaches that were identified, we are working on those breaches as we speak.”

Sinanan expressed surprise that Caroni East MP Dr Rishad Seecharan asked about flooding in a particular part of his constituency, after personally being in the field with ministry personnel to examine the problem first hand. He reiterated that some of the flooding in Caroni was caused by unsanctioned work done by a resident on a watercourse.

Responding to questions later in the sitting from Princes Town MP Barry Padarath, Sinanan gave the assurance that work is ongoing on different parts of the Manzanilla-Naparima Mayaro Road to ensure that neither Sangre Grande nor Mayaro are cut off from the rest of the country due to flooding.