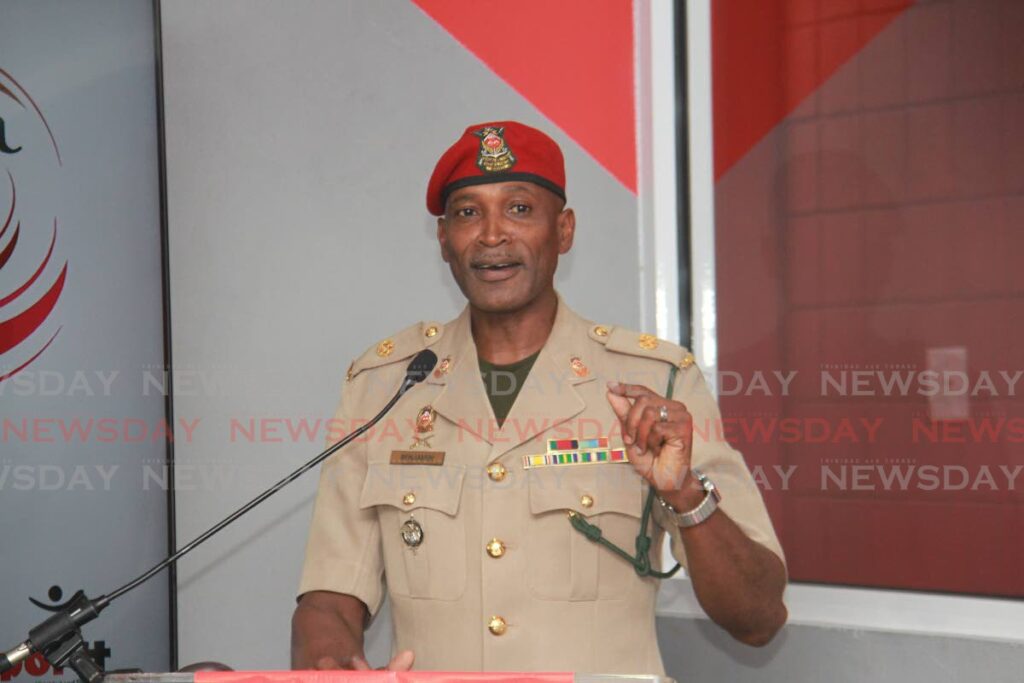 SPECIAL Olympics Trinidad and Tobago (SOTT) has a new home at Manny Ramjohn Stadium in Marabella.

The space, which includes a conference room, three offices (national sporting director, national director and board chair), kitchen/bathroom facilities and much-needed storage was allocated to SOTT, in 2021, by SporTT.

Since then, the Ministry of Sport and Community Development, Digicel Foundation and TT Defence Force (TTDF) have invested in its refurbishment and upgrade.

The space was officially handed over to SOTT officials by the sport ministry representatives on Wednesday.

Deputy permanent secretary in the Ministry of Sport and Community Development Beverly Reid-Samuel was present for the ribbon-cutting ceremony at the south venue.

“Our commitment to our athletes is unchangeable. We must, however, thank SporTT for using the space for special Olympic children and the Defence Force, who laboured to deliver this project on time,” said Samuel.

SOTT chairman and TTDF major David Benjamin was pleased to have transformed the stadium space to a more modern finish. He credited the commanding officer of the First Engineer Battalion major Roxann Rodney and her troops, for a job well done.

The office, he said, will have full-time staff with a general manager and other members. SOTT will also hire two special Olympic athletes to work there.

“The national director (Ferdinand Bibby) will take up office to run national programmes strategically planning for growth and development of Special Olympics from this space.

“We will hire two special Olympic athletes, when you enter at the reception area, you will meet an athlete, who will greet you and then guide you to where you need to go.

“When you come into our space you will meet another athlete, our stores’ keeper and/or equipment manager. We have to create opportunities for our athletes and set meaningful examples,” he said.

Benjamin said the space will also be shared with similar regional bodies. However, he hopes this achievement serves as a platform to launch bigger SOTT initiatives.

“Our hope is that we are able to have our national games in the way of prior editions. There will be a twist since we will be looking at single sport events that will be at different locations. We will share information to see how it unfolds in the near future,” he added.

Currently, SOTT is building towards representing at the Special Olympic World Games in Berlin, Germany, in June 2023. The team comprises approximately 22 athletes and Benjamin said their “enthusiasm remains high.”

Also sharing remarks was Digicel Foundation chair TT Disha Clifford who was elated with SOTT getting its new “home.”

Clifford is optimistic the venue will be able to groom a number of athletes, coaches and even supporters.

Since SOTT was allotted the space, Digicel Foundation has invested approximately TT$466k to upgrade the facility to make it more “comfortable, accessible and suitable for persons and athletes with disabilities.”

Clifford said, “It’s a space for the athletes and coaches playing their sports to build character, improve sportsmanship and boost all of the opportunities available to them to carve their name in the national, regional and international sporting arena.

“Manny Ramjohn is now the official home for our national games and all other SOTT activities with no fees attached. This opens the door for increased opportunity.”