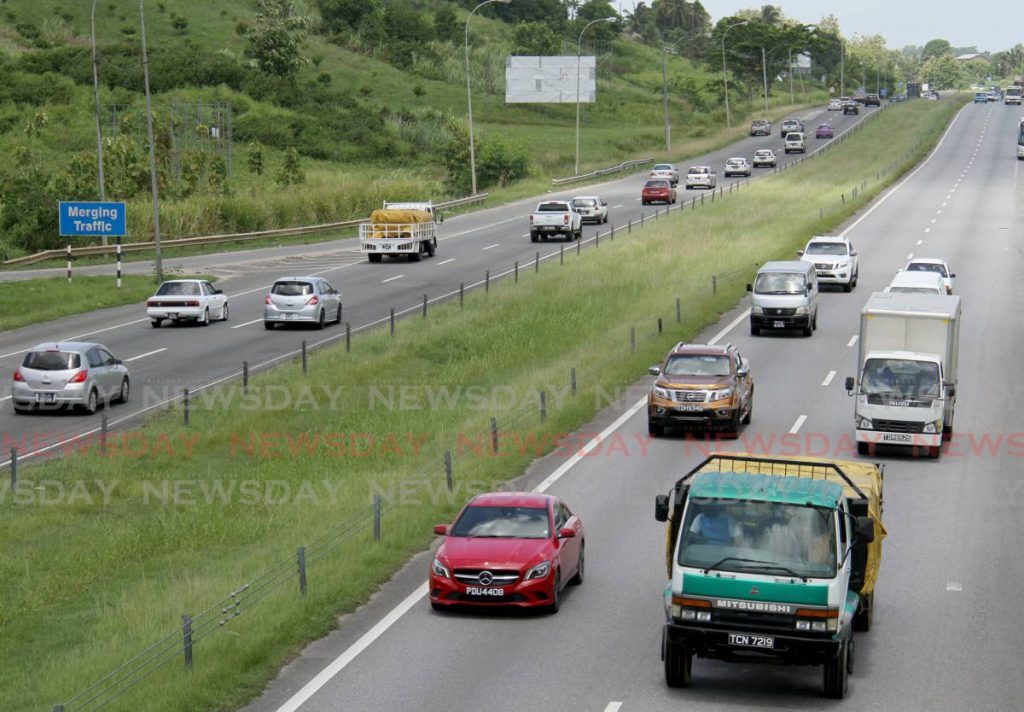 IN what is being described as a freak accident, a 19-year-old passenger was crushed to death as he fell out of a car which became airborne and slammed into another vehicle on the Solomon Hochoy Highway on Tuesday night.

Rond Mohammed, 19, of Phillipine Road, died on the spot when the driver of the blue Wingroad he was in, on the southbound lane of the highway, lost control and the car crossed the median onto the northbound lane.

Four other teenagers, all occupants of the Wingroad, were injured in the accident, which happened near the Brian Lara Stadium around 7.35 pm, and caused a huge traffic pile-up.

A police report said the Wingroad became airborne, and Mohammed, who was the right-side rear passenger, fell out and was hit by a Nissan Bluebird Sylphy on the northbound lane of the highway.

The Wingroad overturned several times before coming to a stop.

The 17-year-old driver, from Tarouba Road, Marabella, and three other occupants – Justin Mangray 18, of Cuchawan Trace West, Debe, Navin Bedassie, 18, of Pundit Trace, Debe and Josh Jennings, 17, of 3rd Avenue, Maraj Lands, Marabella – were taken to the San Fernando General Hospital. They were treated for various injuries. The four have been listed as being in stable conditions.