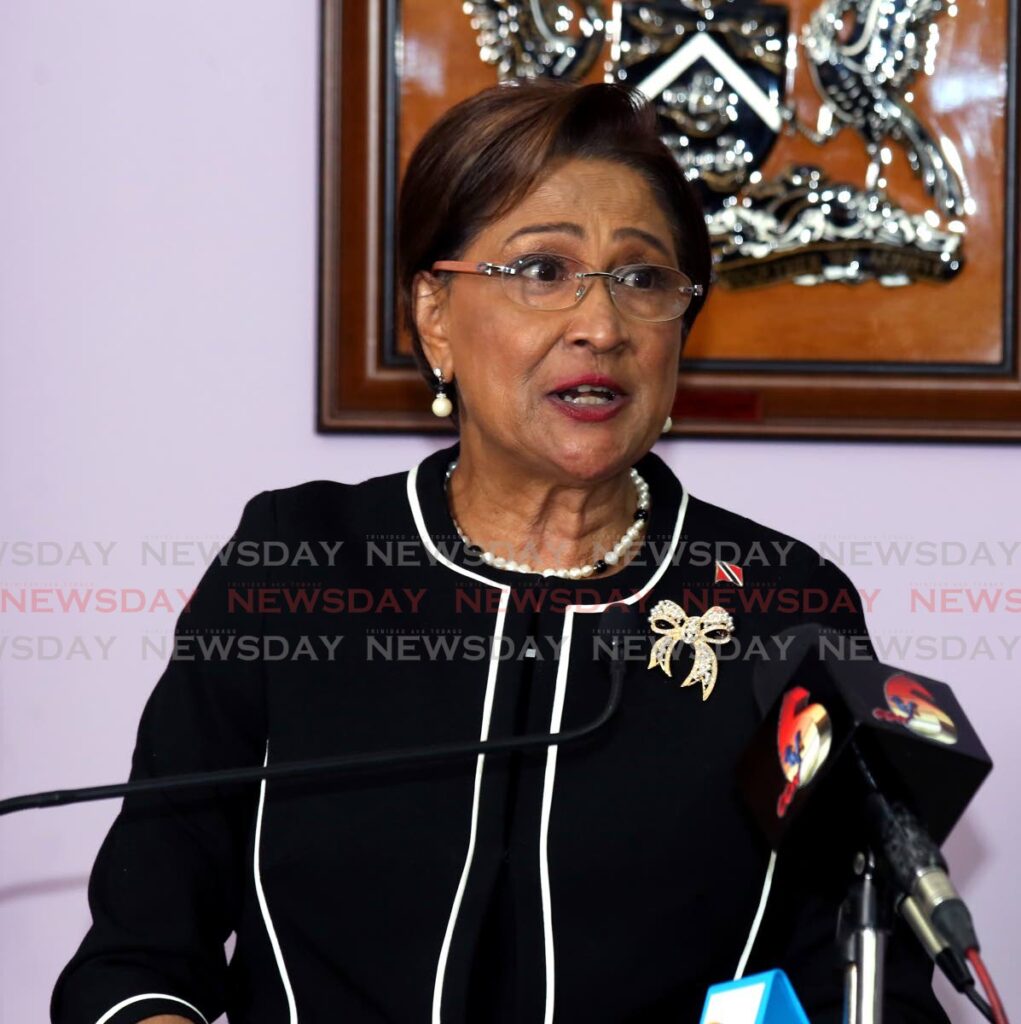 THE Opposition is warning the government that it is playing with fire and looking to get sanctioned by the United States as a result of its continued meetings with people who are already sanctioned.

A release from Young’s Ministry, last weekend, confirmed he met with President Nicolas Maduro at Miraflores Palace in Caracas and conducted a number of high-level meetings on energy, security and other matters of national interest to the two neighbouring countries.

The release said key members of the Government of the Bolivarian Republic were also in attendance.

Persad-Bissessar and Moonilal questioned if a man who was indicted for drug trafficking in the US and facing sanctions, was among the key people he met with.

Moonilal also warned that such meetings could be harmful to TT’s international relationship with the wider world.

“I want to warn this government, they are playing very dangerous games. You are playing with fire.

“Are you trying to get Trinidad and Tobago sanctioned by the US?”

She said the threat of US sanctions was raised in Parliament before but, at that time, Rowley and Camille Robinson-Regis behaved badly.

“They cussed up the late Ambassador Joseph Mondello. Rowley and Camille came to the Parliament and bouff up the US.

“They survived that time, but will we survive this time when you are consorting with known drug traffickers sanctioned by the US?”

She said while Rowley and Young were gallivanting all over place, the energy sector is falling to pieces under their watch.

“Prime Minister went Doha in February to boast about gas production yet Train One collapsed without gas.”

She called on them to stop the travels and state the plans to restore and increase oil and gas production.

Insisting that Government was not able to enjoy the current high prices of oil and gas, Persad-Bissessar said the Petrotrin refinery was now earning zero.

“Rowley complaining about scrap-iron dealers when you’ve taken one of the greatest assets of our country – the Petrotrin refinery – and turned it into a scrap heap.

“Over 100 years of proud history. You turned an entire refinery into scrap metal. And did you shut it down to protect your friend?”

She called for an update on the refinery and the status of the American company Quanten LLC's expression of interest in it.

“Where is Quanten? We know this company is operating somewhere in California, but when we checked it was in somebody’s house.

“We know the Prime Minister also went to California and spent almost a month there. But when the Opposition raised questions on this company the deal went sour?”