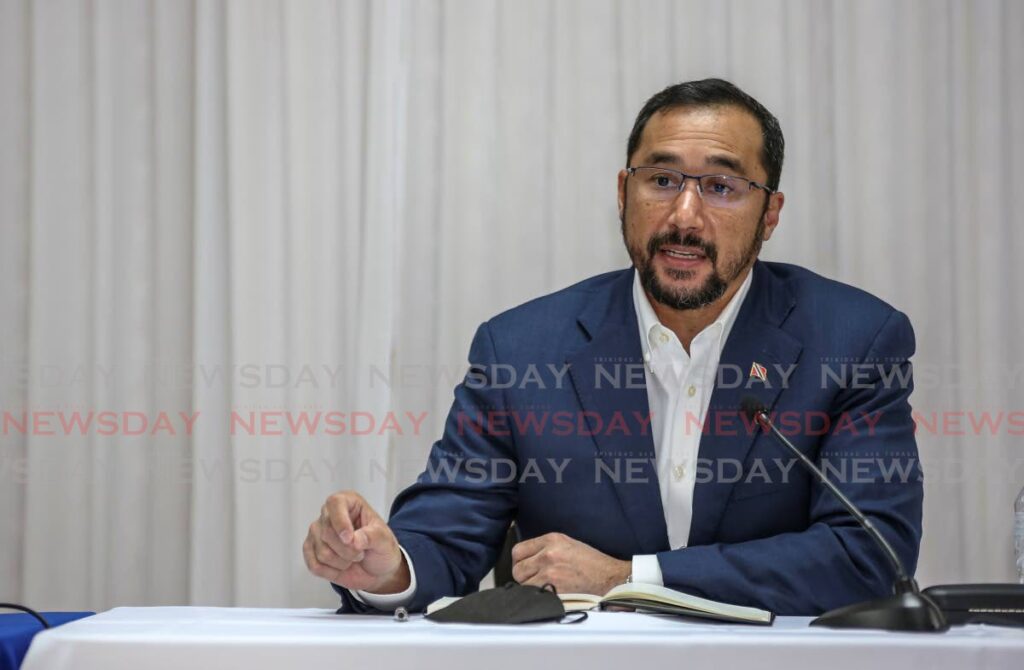 Minister of Energy and Energy Industries Stuart Young has dismissed claims that Trinidad and Tobago was having trouble meeting liquefied natural gas (LNG) outputs and was unable to capitalise on the new markets.

The article said, “TT, Latin America's largest LNG producer with enough reserves and capacity to meet a portion of the incremental demand, has been unable to reverse an export fall expected to continue for a third consecutive year in 2022 as it struggles to bring more gas output online.”

Speaking at the Energy Conference on Wednesday morning at the Hyatt Regency Hotel,Port of Spain, Young criticised the article, which sought to compare the outputs of TT and Peru, another LNG provider in the Latin America region,

“Another Reuters article, attempting rather mischievously and without the correct information to compare LNG production in Peru, off a one-train facility, with what we are doing here in TT utilising three of our four trains.

“I will use this opportunity just to put on record that there is a lot of fallacy in that. It is not based on a proper fact comparison. Our LNG exports, even with a reduced natural gas output, (are) double, more than double with what is taking place out of Peru,” Young said,

He added that at the right time statistics will be provided to show that production levels out of Atlantic LNG increased and were projected to increase this year when compared to 2021.

“The lesson is, this is our TT, and don’t always believe what you hear the naysayers say as they attack us here in TT.

“I can assure you the Government is working overtime, through me leading the ministry, to ensure sustainability of not only LNG but of our petchem sector, and we do think outside the box.

“Hopefully, in the not-too-distant future we will be able to say more on that,” Young said.

The Reuters article said despite Peru’s political instability, its LNG shipments were increasing rapidly with Europe as its target market.

UNC MP David Lee, in a media release on Wednesday, said the article vindicated the Opposition's statements that Young has misled the country on the state of the energy sector.

He said in a recent CNN interview, Young also told untruths to the global community and exposed internationally “the shambles and decimation his government has brought on the national energy sector.”

Lee said, “The report which highlights this nation's persistent crash in gas production shows that the Opposition was right to call out Young for being delusional as he told CNN, the global community and then repeated those lies in the mid-year review, that this country was ramping up production of LNG and natural gas.

“Even the Prime Minister has told the Energy Conference that 'Gas supply between 2024 to 2027 will be tight.' Therefore, it is clear that Minister Young misled the country on the true state of our oil and gas sector.”

He accused the Government of plunging TT’s energy sector into ruin and misleading the population into thinking there was hope, but the Reuters article was proof that the energy sector was crippled and stifled of any revenue to be gained from the prevailing windfall prices.

“The only person who would have believed Young is Minister Young himself as no logical citizen would think that a country that has had no growth in gas production for seven years would magically achieve an increase.

“Minister Young should feel ashamed as only two weeks ago he accused the former PP administration of decimating the energy sector." Lee said the writing was on the international wall, the evidence in the global domain,and it was Young's government and his own failures which had destroyed TT's energy sector.