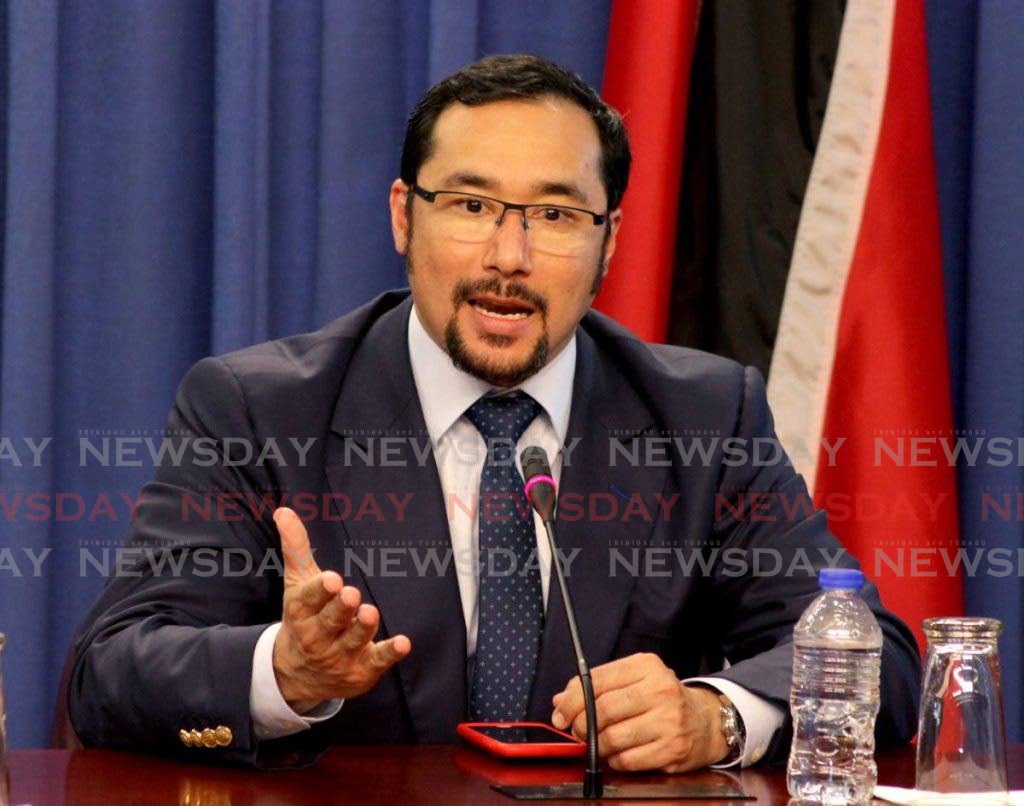 Mark made these claims at United National Congress (UNC) weekly news conference at the Opposition Leader's office in Port of Spain on Sunday.

Reiterating allegations made by Opposition Leader Kamla Persad-Bissessar in the House of Representatives on September 30 about plans to retrench 2,500 workers at WASA, Mark showed a copy of a document which, he said, supported those allegations. 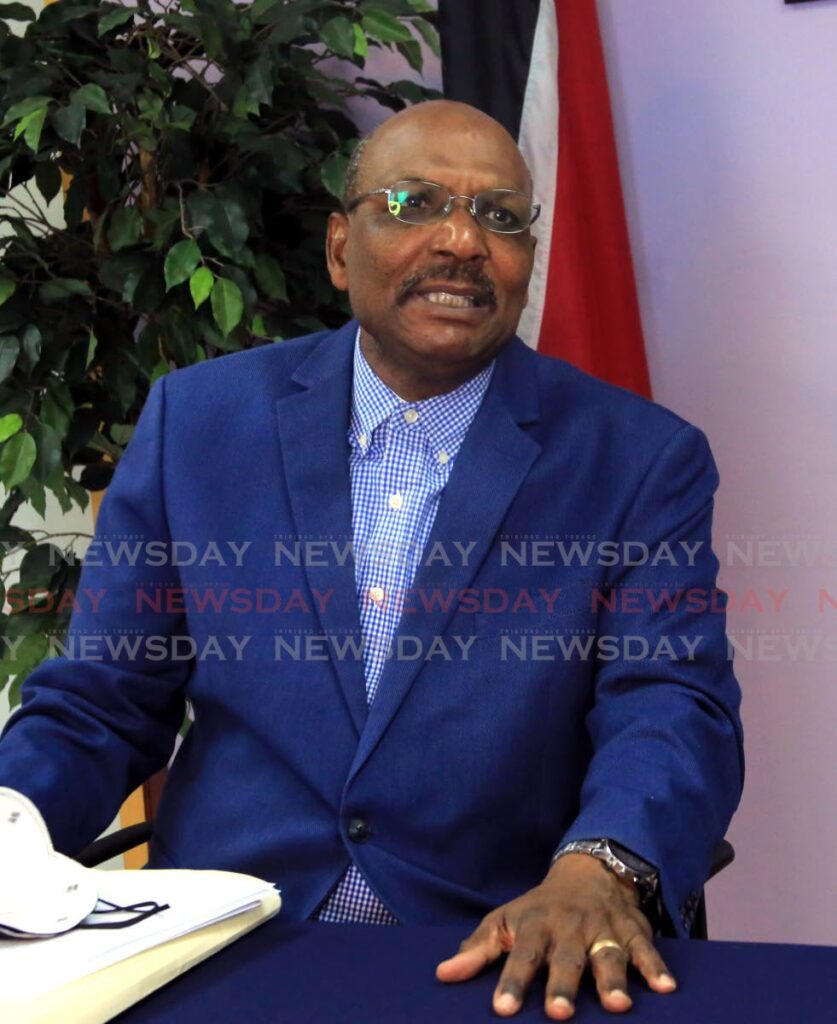 "This came in our mailbox."

Mark claimed the document was a copy of a draft business plan sent by WASA to the Regulated Industries Commission (RIC), and Public Utilities Minister Marvin Gonzales was misleading the public about no plans to retrench workers at WASA.

Mark then dismissed statements made by Young in the House on Saturday, that the NGC had claims amounting to US$1.3 billion because of the former UNC-led People's Partnership (PP) coalition government failing to sign any new gas-supply contracts with upstream producers between 2010 to 2015.

Mark insisted, "No claims were filed to the NGC before September 2015. He called on Young to show where in NGC's financial reports was there information to support his statements in the House. Mark wanted Young to identify the companies which made claims against the NGC.

"Where are these products going? Which country? Is this a fuel-laundering scandal?"

He demanded that a criminal forensic probe be done.

On the former, Young said, “NGC has settled over US$1.1 billion worth of claims made against it owing to the gas shortages between 2010 and 2015. These claims were settled, including, but not limited to, during the negotiations of new gas supply contracts."

He added that the UNC remains unable "to respond to the facts that have been laid out showing how they never negotiated new gas-supply contracts for NGC."

Young reiterated that the PP's failure to do this led to "significant gas curtailment issues that led to petrochemical plants being entitled to claims against NGC."

On the latter, Young said, "Paria Fuels has always sold fuel to other jurisdictions including Guyana and the Eastern Caribbean."

"All their false and misleading narratives do is expose their incompetence and show how their lack of understanding led to the mismanagement of the energy sector between 2010 and 2015.” 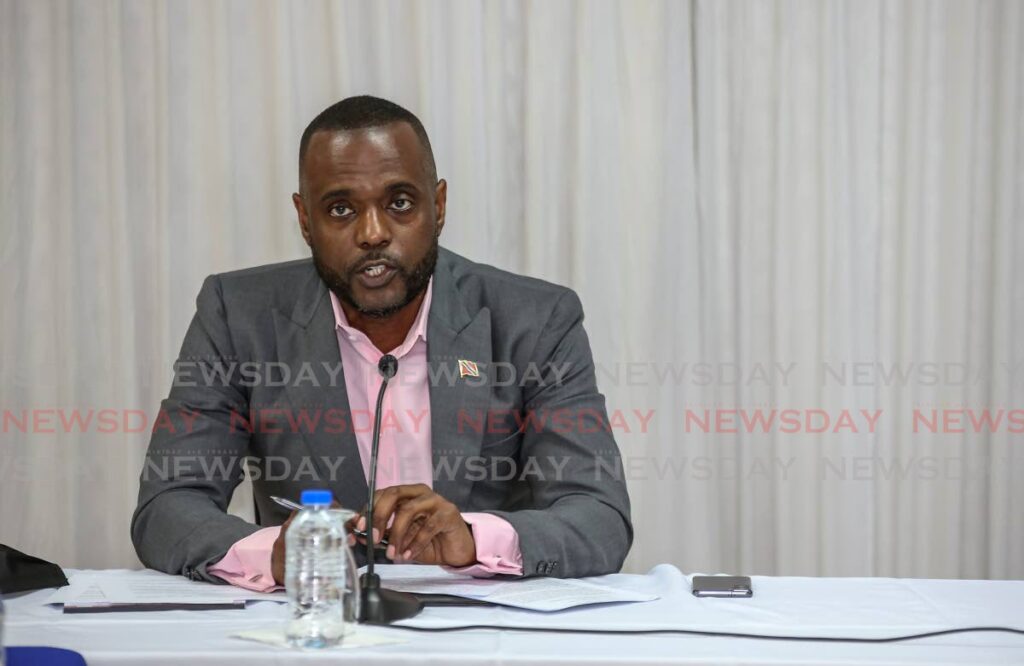 "The population knows that WASA is preparing itself for a rate review, and that part of the process is to submit documents to the RIC which includes a business plan."

Gonzales said, "A business plan is not government policy. It is basically a plan proposed to the RIC from the authority demonstrating how it can improve customer service and attain financial sustainability."

He added that for the UNC to come with an old draft of a business plan as evidence to accuse the government of having a secret plan to retrench 2,500 WASA workers, "is nothing but scandalous UNC behaviour and mischief-making."

Gonzales reiterated that Government approved a transformational plan for WASA two months ago and, in 2020, approved a report which was laid in Parliament.

"That fake document that Wade Mark and Kamla Persad-Bissessar are harassing the population with, hoping to rile up the country, is not a product of the Cabinet of TT."