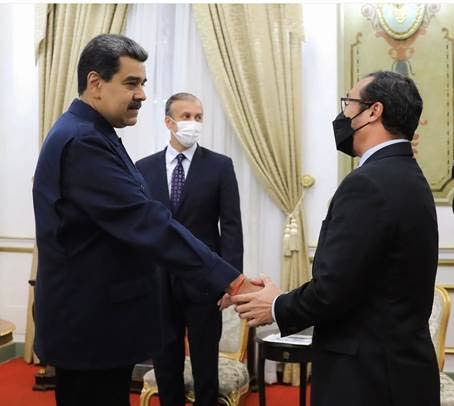 The release said Young, who is also Minister in the Office of the Prime Minister, "conducted a number of high level meetings with key members of the Bolivarian Republic of Venezuela’s Government."

"The minister ended his day of official meetings by meeting President Nicolás Maduro at Miraflores Palace in Caracas along with key members of his Cabinet. Minister Young’s discussions throughout the day surrounded matters of energy, security and other matters of national interest to both neighbours."

No details were given about the discussions.

TT remains committed to development and processing of natural gas from Venezuela's Dragon field ever since it signed an agreement with the Maduro administration in August 2018. Exploration has been stalled by US sanctions against Venezuela.