‘A kiss can be just a kiss’: Gender justice expert fumes over rape ‘consent’ judgment 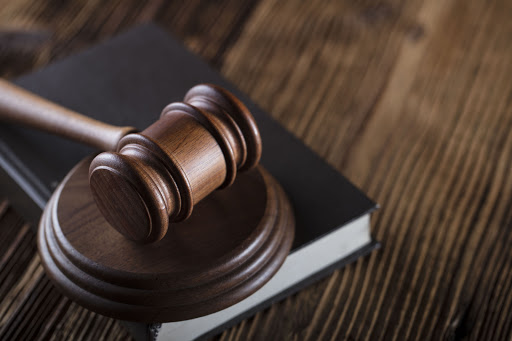 Experts are divided over a judgment in the Makhanda high court that overturned a rape conviction.
Image: 123RF/STOCKSTUDIO44

Kissing someone does not bind you to having sexual intercourse with them, a gender justice expert said after a rape conviction was overturned.

The former paramedic was jailed for seven years by the Grahamstown regional court for raping his then-girlfriend after she told him she was a virgin and did not want penetrative sex.

Overturning the 2020 conviction, the judges said: “The sexual penetration is common cause. The defence of [Coko] was that he had no intention of having sex with the complainant without her consent.

This was because the couple had kissed and engaged in foreplay. “It was the evidence of [Coko] that throughout the encounter, the complainant was an equally active participant, she was not merely passive,” the judges said.

“She kissed the appellant back, she held him, she had no problem with the removal of her clothes, she watched him take off his clothes without raising an objection, she knew he was erect, she did not object to the oral sex.”

But Sheena Swemmer, head of gender justice at the Centre for Applied Legal Studies at Wits University, said she was concerned about the ruling.

“It’s like that olden-day thing that if you buy a woman a drink she should have sex with you. Why would you have wasted that money? So it’s buying into these kinds of stigmas and stereotypes around it,” she said.

Swemmer said she hoped the prosecution would appeal against the judgment. “I always think bad law, and especially bad rape law, needs to be appealed. It needs to be fixed and it needs to be corrected,” she said.

She said the law makes clear there is no consent when someone agrees to one act but  another action happens.

“Then consent is gone. I think it’s an important learning moment but it’s an incredibly problematic and troubling time if our judiciary still believes these types of stereotypes,” she said.

Criminal law expert Prof James Grant, a former acting high court judge, said he would have preferred the high court to declare a mistrial at the regional court because of the magistrate's conduct.

“Instead of holding for [Coko], I would have found that there was a mistrial by virtue of the way in which the magistrate questioned the accused,” he said.

“So much turns on that critical question that the magistrate put to the accused, where he effectively asks him in a nutshell, 'are you guilty?' And then ... from what the judgment is showing, the accused agreed.

“The difficulty is that the magistrate’s role should have ended with asking questions for clarification.”

According to Grant, the trial court’s questioning was at the level of cross-examination, which should not be the case.

On the matter that has caused a stir on social media regarding consent and penetration, Grant said: “I don’t think the judgment says engaging in foreplay gives consent to penetration.

“I can see that it can be read that way. But if you read it very carefully, what the court is dealing with is [Coko's] actual defence which is that there was a reasonable possibility that he might have been mistaken about her body language and that the previous 'no consent' had changed.

Playing the long game: Samsung is powering transformation in SA

Salah puts pressure back on Liverpool to resolve contract ‘issue’

What Kaizer Chiefs did RIGHT – matters more than the PSL!

EFF had no obligation to save Masina because of our friendship: Malema

Joburg metro cops warn boozers that roadblocks are being ramped up

News24.com | No sugarcoating for Tongaat Hulett as it warns of over R200m loss

Batohi: NPA is not in crisis and there's no infighting