'I am embarrassed,' says Rashford as he asks for forgiveness from Man Utd's faithfuls 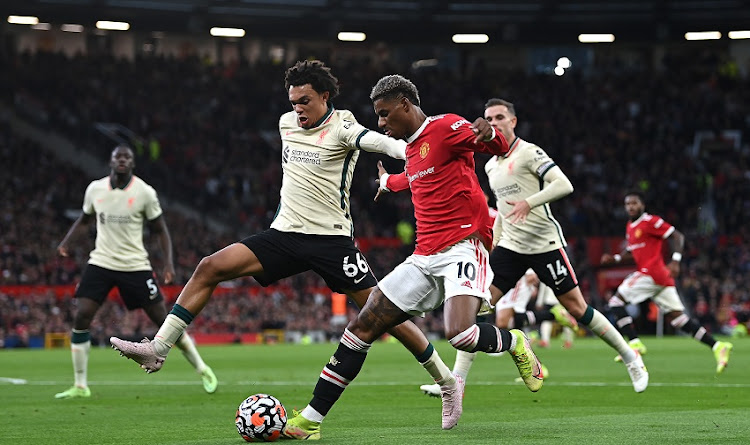 Marcus Rashford says he feels “embarrassed” over Manchester United's humiliating English Premier League 5-0 defeat to Liverpool but has vowed his teammates are working hard to rectify their unacceptable form.

A despondent Ole Gunnar Solskjaer’s charges are still dealing with the fallout from the Liverpool defeat on Sunday.

Mohamed Salah scored a hat-trick as Liverpool romped to a stunning victory at Old Trafford, with the Red Devils slipping to seventh spot after a fourth straight Premier League match without a victory.

Rashford took to social media to express his disappointment over the loss while asking for forgiveness from Manchester United’s faithfuls.

I can’t lie you haven’t heard from me on here because as a United fan I didn’t really know what to say after Sunday. I was embarrassed. I am embarrassed. Our fans are everything and you didn’t deserve that. We’re working hard to try and fix this. We have to redeem ourselves.

“I can’t lie you haven’t heard from me on here because as a United fan I didn’t really know what to say after Sunday,” he said.

“We’re working hard to try and fix this. We have to redeem ourselves,” he said.

Rashford has urged his teammates to pick up the pieces as they prepare for another away fight against Tottenham Hotspur on Saturday.

Philippine volcano erupts but no ashfall

On This Day: What happened on 1 December?

Read it now: Your daily Love Horoscope for 01 December 2021

Your daily Horoscope for 1 December 2021

A whopping 600kg of cocaine recovered in Durban harbour

Afghan refugee sets himself on fire in Indonesia

I did not receive R1m from Baleka Mbete or govt, says Natasha Thahane

YouGov/Moguldom Nation Poll: Majority Of Black Americans Believe The Democratic Party Focuses Too Much On Race And Gender Symbolism

Kaizer Chiefs in with chance to sign TOP France-based midfielder!

News24.com | 'An important milestone': J&J on striking deal with Aspen to remove vaccine inequity in Africa

‘Black Swan’ Author And Mathematician Nassim Taleb: If You Still Think Bitcoin Is Hedge Against World Events, Stay Out Of Finance

Karpowership was the sole beneficiary of changes to the IPP tender bid, says losing bidder

The hunt is over as Swallows appoint Kerr as new coach

News24.com | SA government confident India tour will go ahead: 'We will take all precautions'

JOHAN STEYN: After 50 years the future is still shocking

Coach Thobejane talks up Baroka ahead of Pirates clash

Fifteen years in jail for a text? New bill outlaws THESE types of messages!

News24.com | FEEL GOOD | From overalls to the runway - engineer follows his dream into the fashion world

News24.com | US travel ban not to punish SA, but to protect Americans - Biden administration

Powerball and Powerball Plus results for Tuesday, 30 November 2021

Cosatu slams lack of action against failing provinces and municipalities