News24.com | PICS | From ornate beadwork to socks and sandals: Heritage Day brings out the finery and the fun

After months of being in lockdown, many people in the country are looking forward to a day of casting aside the cares of Covid-19 and spending Heritage Day celebrating their traditions with the finery to match.

The famous "I'm Staying" Facebook group has seen a steady feed of people showing off clothes, and explaining what their culture means to them.

After a gruelling year of lockdown, crime and protests, it seemed the first days of spring would be marked with carefully sewn and treasured outfits.

The annual public holiday was set aside by the government to give people time to celebrate their heritage as they interpret it.

In the lead up to the day at offices and schools, people have been showing off their clothes, and parents will be breathing a sigh of relief that the Heritage Day school project is done and dusted for the year.

From "Proudly Pedi", "Proudly Xhosa" and "Kasi Princess", to a man with a comb in his socks, social media was abuzz with pictures of the annual commemoration amid a steady feed of advertising promotions.

Traditional outfits were shown off.

Many threw in a touch of humour as they anguished over their heritage costume, like Vivienne Fry in her pink socks, and sandals.

"I'm starting to feel insecure with all these wonderful heritage costumes. I'm originally from England, moved here as a child, married a South African and my children were born here. As far as I'm concerned, South Africa is my home and I love her people. But I don't have a costume! The only thing I can think of that distinguishes the British is that strange habit they have of wearing socks with their sandals!" wrote Fry.

Recipes handed down over generations were cooked in moments of nostalgia, with vignettes on memories they evoked.

Melinda Beeckman's daughter, Abi, wore a combination Shweshwe dress and Voortrekker kappie borrowed from an elderly woman's memories of a great grandmother, with a pair of leopard print tackies. 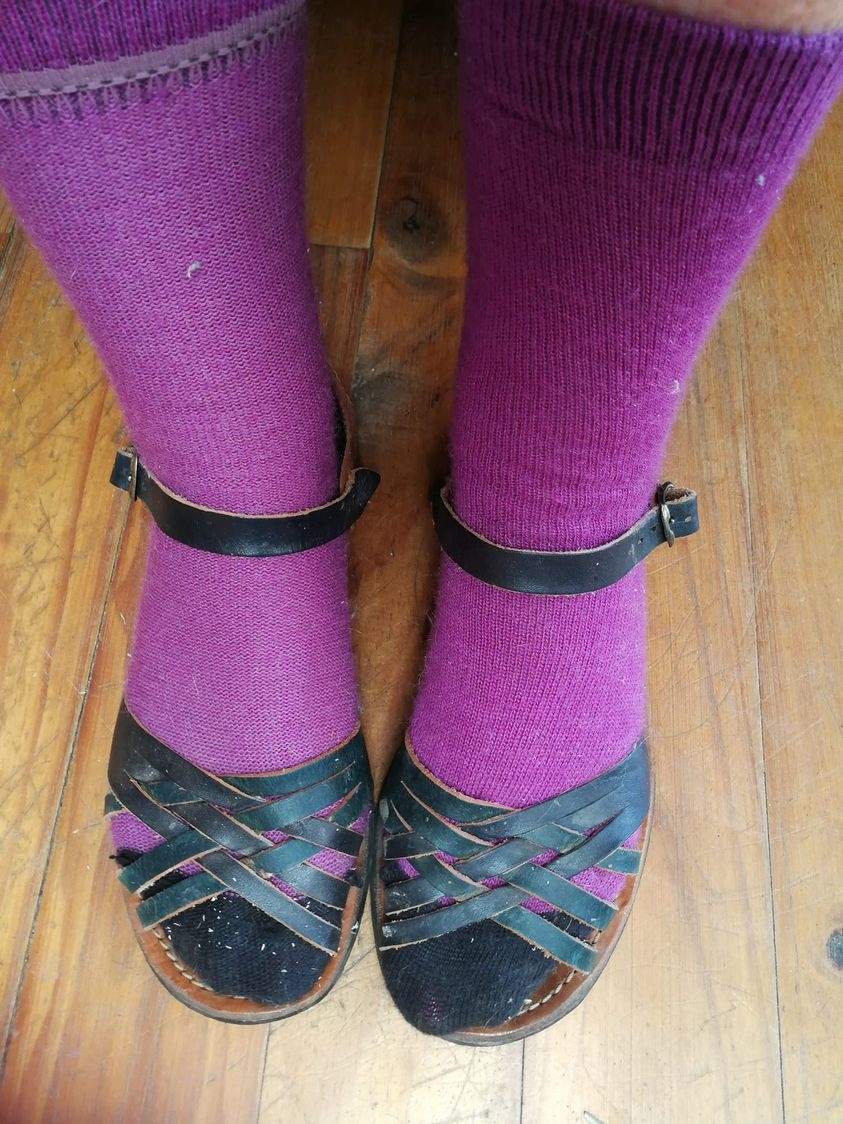 Tracing back her German, Dutch and Irish heritage, Beeckman said she asked herself: "So what is my daughter actually?

"She's actually African. She was born in Africa.

"You mustn't forget where you came from but that doesn't mean you must hold on to the past."

Western Cape Health MEC Dr French Mbombo said she wore a combination of Venda and Xhosa colours in a tribute to "My culture, my heritage".

Cohesiveness is the one language that everyone speaks! This Heritage Day, whether you'll be spending it with family or friends, at home or abroad, over braaivleis, bunny chow or bobotie - let's be reminded of our roots & celebrate our future. Have a happy #HeritageDay ???????????? pic.twitter.com/FA4GHqUB9O

Parents also proudly posted pictures of their tiny tots in miniature outfits as they carried traditions from one generation to the next.

Although met with cynicism by some, President Cyril Ramaphosa's call for people to do the Jerusalema Challenge on Heritage Day was being taken up. The song by Master KG and Nomceba Zikode has seen platoons of the dexterous and not-so-dexterous taking time out to do the group dance.

Hans-Dieter flick: I Hope Alaba will sign a contract with Bayern. Our club is one of the best in the world
Diego Maradona: Messi gave Barca everything, brought them to the top. He was not treated the way he deserved
Federico Chiesa: I hope to leave my mark in Juve. We will achieve great results
The Coach Of Benfica: I don't want us to look like the current Barcelona, it has nothing
Guardiola on returning to Barca: I'm happy at Manchester City. I hope to stay here
Fabinho will not play with West ham due to injury
Ronald Koeman: Maradona was the best in his time. Now the best Messi
Source https://www.news24.com/news24/SouthAfrica/News/pics-from-ornate-beadwork-to-socks-and-sandals-heritage-day-brings-out-the-finery-and-the-fun-20200924

Zimbabwe: 'Potholes' From the Past Help Drought-Hit Zimbabwean Farmers Save Water