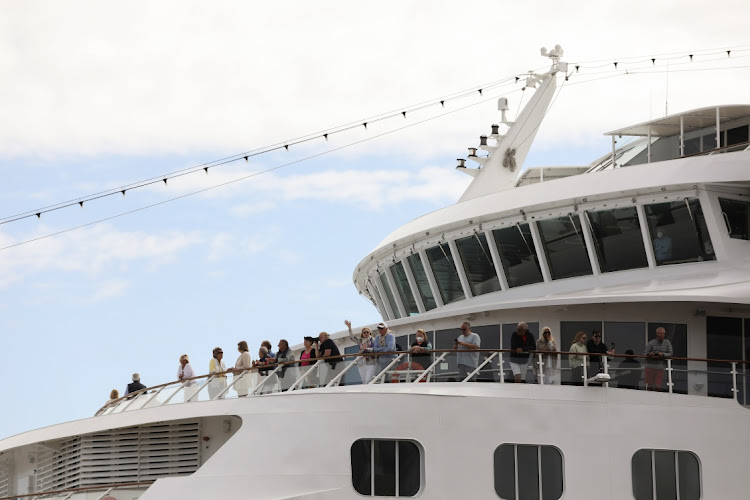 The docking of the Europa passenger liner in Cape Town on Tuesday was meant to be a ribbon-cutting celebration marking the official start of the cruise ship season in SA’s top tourist hub, the first since the Covid-19 pandemic hit.

However, international travel curbs on Southern Africa, where the new Omicron coronavirus variant was first identified, have blown expectations of a bumper tourist season out of the water.

The multistorey luxury liner is the first to dock at Cape Town since SA imposed a total ban on all cruise ships entering local ports in March 2020 after the first coronavirus infection in the country.

A succession of tough lockdown curbs has hammered a local tourism sector dependent on foreign tourists as businesses closed their doors and shed thousands of hospitality jobs.

Recent travel restrictions imposed by the European Union, the UK and US due to Omicron, designated a variant of concern by the World Health Organisation, have seen the region’s three biggest markets cut off.

Owned by German-based travel company TUI Group, the ship carrying hundreds of passengers and crew was sailing from Luderitz in Namibia to Cape Town when news of Omicron broke and raised the possibility it could be rerouted.

“Some passengers will disembark to fly home while others will stay on board for the return journey,” said Wrenelle Stander, CEO of Wesgro, the trade and investment agency for the Western Cape.

“Passengers heading to the airport will have to do a Covid-19 test before leaving,” she told Reuters without providing details of passenger numbers or nationalities.

It was expected the ship’s passengers would have explored tourist attractions such as Table Mountain or apartheid-era prison Robben Island, where former president Nelson Mandela was incarcerated. The ship was originally meant to stay in port until December 2 before departing.

“This has been a hammer blow to our major job-creating sector in the province precisely when we needed a recovery to claw back jobs lost over the past 19 months,” said Western Cape premier Alan Winde.

The summer season is vital for Cape Town, which lost an estimated 75,000 tourism jobs during the pandemic, officials said.