One person has died and two others have been injured after a chemical truck collided with two cars on the N1 northbound between William Nicol Drive and Rivonia Road, north of Johannesburg.

ER24‘s Russel Meiring said their team had arrived on the scene at 9am.

“The chemical truck was lying on its side on the side of the road while two light motor vehicles were a short distance away, one well alight and another on its roof,” said Meiring

It is understood that medics had arrived before ER24 pulled a man and woman from the burning vehicle.

They said the man from the burning vehicle died at the scene from his burn wounds while the woman was in a critical condition.

The truck driver was found lying on the highway in a serious condition while another woman from the overturned vehicle had escaped with minor injuries.

Medics treated the patients and provided them with advanced life support interventions before they were transported to nearby hospitals for further care.

Local authorities were on the scene for further investigations.

Johannesburg Metropolitan Police Department (JMPD) spokesperson Wayne Minnaar said the tanker was empty at the time of the accident. 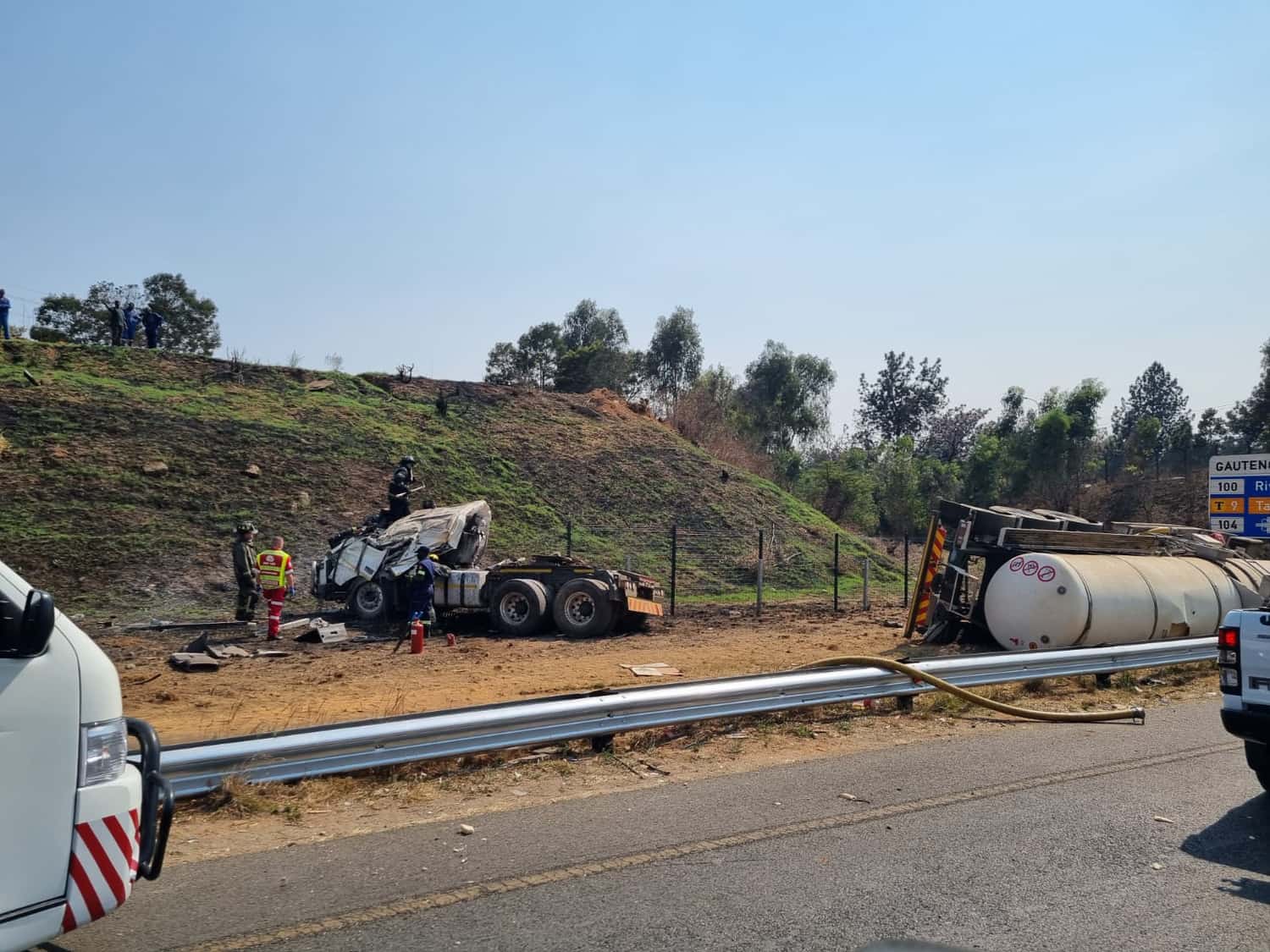 Dani Alves: If Barcelona thinks they need me, it's a matter of one call. I can still be useful
Lewandowski wants to move to Real Madrid. He will ask Bayern for a transfer (As)
Sarri about the calendar: Football is no longer a sport, but a show from which they are trying to squeeze as much money as possible
Calvert-Lewin is Arsenal's main target for the summer. Lacazette and Nketiah will leave for free
Tuchel about Newcastle: A new contender for the title. The Premier League is the most difficult league in the world, and it is getting more and more difficult
The director of Barca about Dembele and Roberto: They want to stay, but the club has to adjust salaries. This complicates the negotiations
Benzema on the Golden Ball: I have done a lot in the last 3-4 years and I continue to play at a high level

News24.com | PODCAST | The Story: Is dognapping on the rise?

PODCAST REVIEW: This week we’re listening to: Laughing through the pain with ‘The Hilarious World of Depression’