OPINIONISTA: ConCourt ruling on sweep and raid ops against non-nationals is key in fight against xenophobia 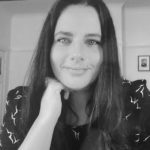 Louise Edwards is Director of Research and Programmes at the African Policing Civilian Oversight Forum.

The targeting of non-nationals by SAPS in law enforcement operations can exacerbate existing social tensions between non-nationals and the community and are one of a range of factors that contribute to incidents of xenophobic violence and related hate crimes against non-nationals.

Imagine being at home when, without warning, the police cordon off the surrounding area and subject you, your family and neighbours to extensive and invasive searches without a warrant. Imagine this happening at night or early in the morning, and the shock of being woken by police banging on your door, demanding entry — breaking it down if necessary — going through your possessions, searching your body and not requiring a warrant to do so. Imagine that this happens when you already have reason to fear the police because you and so many people in your life — either because of your nationality and socioeconomic status — have stories of mistreatment and bribery at the hands of the police. Imagine what others will think: guilt by association; no smoke, no fire.

For the 2,800 residents of 15 Johannesburg high-rise blocks, this was their reality during a series of raids in 2017 and 2018 which have now been held by the Constitutional Court to be “cruel, degrading and invasive”. Relying on section 13(7)(c) of the SA Police Service Act, which the Court has now struck down as unconstitutional, the South African Police Service (SAPS) subjected these residents (and many others not party to this particular court challenge) to intrusive searches during these so-called crime-prevention “sweep and raid” operations.

During operations, residents were required to show IDs, were fingerprinted, and anyone not able to prove their legal residence in South Africa was arrested for violating the immigration or refugee laws.

This last point is not an unintended outcome of these police operations but seemingly the rationale. In describing these policing powers as over-reach, the court found that the raids were intended and designed to target non-nationals and to push them, through intimidation, out of the area. A xenophobic purpose.

Policing South Africa’s borders is a legitimate law enforcement objective, and SAPS has a clear mandate to carry out activities related to compliance with the Immigration Act and Refugees Act. However, research shows that SAPS in Gauteng, at least, have regularly used the now-unconstitutional section 13(7)(c) of the SAPS Act to identify areas where non-nationals reside and to target them all with sweeps and raids. This approach essentially criminalises a whole community of people for the purpose of taking a chance at finding people who are in breach of immigration laws — not criminal laws, but laws that have an administrative consequence for non-compliance.

Often the official justification for the sweep and raid operations is crime prevention, not immigration compliance, and this too is deeply problematic. Recent research by the African Policing Civilian Oversight Forum (APCOF) confirmed that this approach fuels a statistically unsupported narrative about high rates of criminality within non-national communities. It also undermines the rule of law by circumventing procedural safeguards that exist within the policing of immigration and refugee law.

APCOF’s research found that despite a lack of available data that disaggregates crime statistics by nationality, both political and SAPS operational leadership consistently send messages that non-nationals are disproportionately responsible for serious crime. As a result, non-nationals often experience profiling, targeting and “over-policing”, and in all interactions with SAPS officials, can experience xenophobic attitudes that can negatively influence the level of service they receive.

These perceptions of high rates of criminality can also blur the lines between legitimate law enforcement operations with a genuine crime detection or prevention objective, and those which are designed to target non-South Africans for immigration enforcement outside the protections of the Immigration and Refugee Acts.

Frustratingly for non-nationals, the use of highly visible sweep and raid operations by SAPS feeds into this narrative of criminality and can reinforce the justification for police action that targets them individually and collective. It is a self-perpetuating cycle.

Most concerningly, APCOF’s research also found that the targeting of non-nationals by SAPS for law enforcement operations can exacerbate existing social tensions between non-nationals and the community, and are one of a range of factors that contribute to incidents of xenophobic violence and related hate crimes against non-nationals.

The Constitutional Court’s decision to strike down section 13(7)(c) of the SAPS Act is only one small part of a suite of measures that are needed to address the many challenges identified by APCOF and others in the policing of non-nationals by SAPS. Removing the possibility of using these raid and sweep powers is important, but SAPS must use the opportunity to critically examine how, at both the policy and operational level, it deals with issues of diversity and discrimination on the basis of nationality.

The government has indicated its willingness to tackle the issue of xenophobia, and related violence and hate crimes, most notably with the 2019 release of the National Action Plan to Combat Racism, Racial Discrimination, Xenophobia and Related Intolerance.

How SAPS responds to this challenge is critical: as one of the most visible manifestations of the state’s power in any community, the attitude and treatment of non-nationals by SAPS has the potential to either perpetuate the cycle of discrimination and violence evident across most of the country or help to dismantle it. DM

Kenya: Enziu - the River of Death in Kitui

Trump’s media company to get $1bn investment from Spac

‘Representation is everything’: Siya Kolisi surprises his youngest and biggest fan

Another day, another school shooting in America

Scientist who first sequenced Omicron worried by speed of change

Van Tonder glad to be home after securing ‘special’ victory

The world is in the same Covid boat – so why is Africa the scapegoat?

Nigeria: Why Jailbreaks Have Become Commonplace in Nigeria

‘No one believes you’: Slik Talk calls Amanda a fraud following rape claims

Tongaat Hulett warns of loss due to unrest and Zimbabwean inflation

YOUR COVID-19 QUESTIONS ANSWERED | Will a PCR test pick up if I have the Omicron variant?

Asian markets lag as US and European stocks futures rise

Nigeria: SERAP Wants Court to Stop Buhari, Others From Shutting Down Telecoms

WATCH | ‘Get the Shell out’: Protesters call on Shell to leave the Wild Coast alone

Turning likes into rands: The 411 from online content creators

Africa needs to craft a strategy to rebuild economies after Covid, says expert

Nigeria: Inside the World of Nigeria's 'Child Prisoners'

Nigeria: Police Confirm 8 Children Who Locked Themselves Inside Abandoned Car Dead in Lagos

Nigeria: Vaccine Inequality - Only 3% of Nigerians Vaccinated Against Covid - Govt

Van Rooyen delighted after Lions return to action in style

COVID-19 LIVE UPDATES | Omicronomics: what the new variant could mean for SA’s economy

N3 blockade truckers to appear in court on multiple charges

Eish, I have a confession… I am currently a fugitive from traffic fines