Discuss your HIV status before marriage 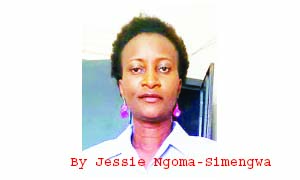 Tears of joy for boxer Zimba

Buffaloes feast on Young ones

‘Zambia has potential to become biggest nickel producer in Africa’

The Edgar Lungu Foundation is nothing but a covert political project

HH should reconsider the Public-Private-Partnership model, it’s not in the national interest

President Hakainde Hichilema in Monze on One day working Visit

We need to Respond to Youth Unemployment with Supersonic Speed!

Fight against corruption under UPND led Government is selective and defective-Fr. Augustine Mwewa

Mumbi Phiri to Appear in Court on October 3rd-Kawana

I have not been Appointed CEO at ECZ-Chipenzi

Parents appeal to Government to Scale up monitoring teacher performance

High Levels of Teenage Pregnancies in the Samfya District

I don’t own land in the controversial Lusaka East Forest Reserve No. 27-Vice President

Ensure desks are bought for all schools in the province, President Hichilema directs CB administration

About Dividing the Country:Policy of Preventing Zambians from Applying for jobs in any part of the country should stop