In an official letter sent to the organizers of the awards, DRIMZ stated that the nomination is in conflict with his nationwide status and appeal. 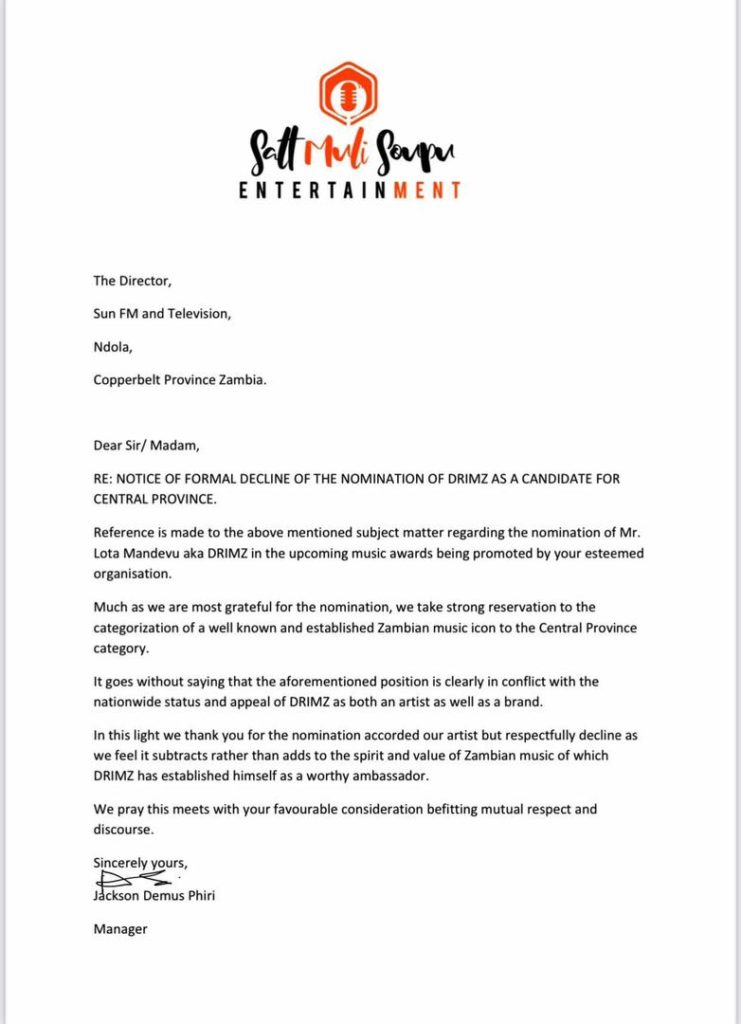 DRIMZ’ letter to the organisers of the Kwacha Msuic Awards.

And in an interview with Lusaka Star, DRIMZ said he was disappointed to be nominated under the provincial category, despite establishing himself as a mainstream artiste.

” The organizers of the awards have gone against their own rules as the rules state that an artiste can only be nominated thrice in a provincial category, and after that, the artiste has to move to a higher category. This is the fourth time I have been nominated under the category of Central Province,” he added.

The Mwankole hitmaker said that declining the nomination was a way of sending a message to the organisers of the Kwacha Music Awards for breaking their own rules.

Meanwhile, one of the organizers of the Kwacha Music Awards, Danny Mwikisa said there are no rules that limit the number of times that an artiste can be nominated in a particular category.

He added that the job of the organising committee is to only receive nominees in various categories from different radio stations across the country.

DRIMZ is the third artiste after Jae Cash and Jemax to withdraw from this year’s Kwacha Music Awards.

Over 5000 girls put back in school