‘Time for cooperatives to thrive’

By ANDREW KALIMA-
CELEBRATED first President of Zambia Kenneth Kaunda declared cooperatives as mass empowerment economic units under the Chifubu Declaration of 1969.
The cooperatives were established to promote employment opportunities that have long been highly valuable to national socio-economic prosperity.
A recent International Labour Organisation (ILO) journal indicates that cooperatives form the backbone of entrepreneurial growth.
The ILO further observes that there is a current trend of growth in cooperatives worldwide with many countries recording very rapid growth.
Cooperatives are also a mode of promoting rural development and employment.
In Zambia, cooperatives emerged at the dawn of 1914 when European settler growers came up with a plan to form cooperatives as marketplaces to sell agricultural produce.
The formation of first cooperatives was designed to protect the interests of settlers who used them as vehicles to market their agricultural produce mostly to Congo (now Democratic Republic of Congo [DRC]).
DRC was a very important market for Northern Rhodesia (now Zambia) because new copper mines had been opened in that country.
This is one of the reasons Lusaka was once the major commercial platform of economic activities with agriculture and quarrying being the fortress of cooperatives.
But today, the cooperatives have for many years remained moribund.
Therefore, it is important to ensure that despite challenges that long existed to ensure the growth and sustenance of cooperatives, the 2022 National Budget, which increased the Constituency Development Fund (CDF) from K1.6 million to K25.7 million, will definitely encourage the formation of co-operatives among small scale farmers and other entrepreneurs.
This will also change the narrative of most cooperatives in the country remaining almost non-performing or simply defunct.
It is argued that well organised cooperatives help to trigger sustainable development in any society.
It is equally noted that some of the benefits of cooperatives are to support the Government in tackling poverty and availing the right platform to create food security and decent jobs as well as empowering more people, especially youths and women, with skills and tools to participate in the national development agenda.
According to the Zambia Cooperative Federation (ZCF), cooperatives were at some point the third largest employer in the country.
In the 1980s, there were developments of cooperative enterprises across all provinces of the country which helped communities to adding value to national prosperity. 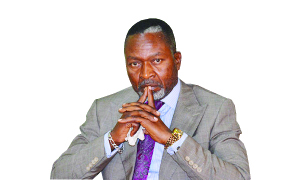 ZCF Director General James Chirwa said cooperatives spread their footprint into various national economic sectors, creating employment opportunities in the micro finance, transport, insurance, among others in the economy.
To Mr Chirwa, cooperatives mean jobs at district level.
“So these cooperatives did almost everything that the economy provided,” he said.
But on a sad note, the development of cooperatives was also severely affected negatively by regime change in October, 1991, as the liberalised economy had a bias towards ensuring that the private sector plays a major role in the economic affairs of the country.
This meant that cooperatives were not to be State-funded, resulting in the majority of cooperatives collapsing.
By the end of June 1997, there were 2,080 registered cooperative societies, out of which 1,254 were dormant.
The remaining 826 were active, but they largely operated below capacity.
Statistics from the Ministry of Agriculture show that around that time, there were 20,379 registered cooperatives in all provinces of the country.
Nevertheless, the Government has of late been putting in place appropriate measures to fully revive the cooperative movement in the country.
President Hakainde Hichilema has assured the people of Zambia that his administration will focus on the development of Small and Medium Enterprises (SMEs) as drivers of economic expansion.
The President said this category of entrepreneurship should be the main engine for job and wealth creation.
Through cooperatives, the Government sees the desired opportunity to create a critical pool of entrepreneurs especially among the youth.
“Our people must begin to enjoy the fruits of this change. The United Party for National Development Government has a huge task ahead to turn around the economic fortunes of our country. Rebuilding our economy is top on our agenda as this is what will deliver jobs and better livelihoods for our people,” President Hichilema said at the ceremonial opening of the first session of the 13th National Assembly.
He said his administration had inherited an economy that was in dire straits and required bold and decisive action to be taken to ensure recovery.
The President underscored the importance of the cooperative movement in the country.
Reviving cooperatives is one way the Government is going to achieve its goal of creating an environment in which every citizen will have the opportunity to participate in and benefit from economic activities taking place in the country.
Viable yet fully fledged cooperatives have the potential to add value to the national development agenda by ensuring accelerated economic recovery.
The Government has since pledged its commitment to implement policies aimed at, among others, enhancing the provision of equitable access to economic opportunities to all citizens even through formation of cooperatives.
In this regard, Youth, Sport and Arts Minister Elvis Nkandu encouraged youths to form cooperatives and benefit from the CDF.
Mr Nkandu said besides benefitting from the CDF, the youths could use cooperatives to add value to economic prosperity of the country through employment creation and fighting poverty at household level.
The cooperatives in Zambia need to be economically viable because they have the potential to positively impact any business activities.
For this to happen, there is need to support good cooperative leadership and management capacity to achieve the intended purpose of cooperatives in the country.
Cooperatives need to democratic in order to ensure the full participation of all their members.
This is critical for their success.
(The author is a corporate executive).