‘Zambia has potential to become biggest nickel producer in Africa’ 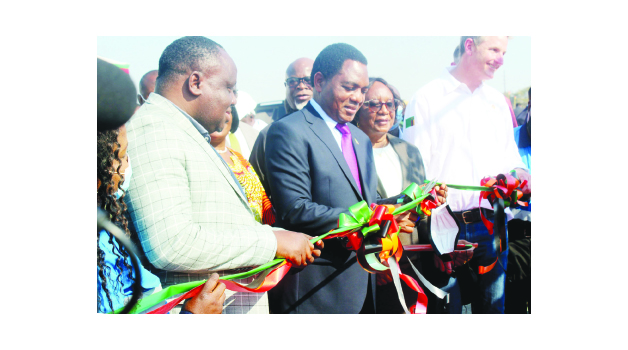 • President Hakainde Hichilema cuts a ribbon at the groundbreaking ceremony at the Nickel Enterprise Mine in Kalumbila recently.
Pictures by LUKA KAMOCHA-ZANIS

Over 5000 girls put back in school