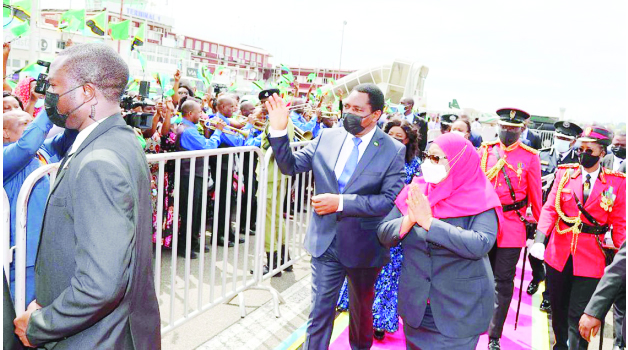 • MR Hichilema and MS Hassan wave to Tanzanian nationals at the airport in Dar-es-Salaam.