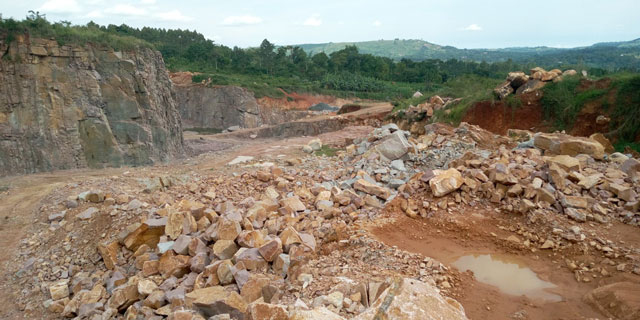 Kampala, Uganda | THE INDEPENDENT | Two years since Uganda joined the Extractives Industry Transparency Initiative (EITI) it is yet to meet one of the most critical provisions of the initiative, that is disclosure of details of Production Sharing Agreements.

EITI is an international initiative aimed at enhancing transparency in the extraction activities like mining, oil and other natural resources, mainly to ensure that communities get maximum benefit from the activities and the revenues accruing.

At least 53 countries are now members of the initiative, with Uganda having signed up in 2020.

Since the country discovered commercially viable oil and gas deposits more than 15 years ago, there have been persistent calls on the government and the oil and gas and mining companies to fully disclose the contents of the agreements, or make them accessible.

To-date, the two sides have declined to have the Production Sharing Agreements (PSA) exposed to the public. This, according to experts, would help the public, civil society and political representatives like MPs have a clearer and more informed view point.

The oil companies say it is up to the government to withhold or release them, while the government say that it agreed, at the proposal by the companies, that not all in the agreement should be open to public viewing, so as to protect them from possible piracy by global competitors.

However, the EITI Uganda chapter (UGEITI) head, Gloria Mugabo, says continued refusal to disclose could lead to penalties on Uganda’s oil and mining sector by the global initiative.

The closest to disclosure the government and the companies have gone is publishing a model PSA on the Uganda National Oil Company website, but the PSAs signed with the oil and gas companies are still not available.

The UGEITI Multi-Stakeholder Group has set up a Contract Disclosure and Legal Affairs Committee to facilitate engagement with government agencies and the oil and gas investors on how to ensure compliance.

Asked about the possible penalties, Mugabo says even suspending Uganda from the group would be bad enough because it would send a bad signal to the international investment community, for example.

The companies were also asked to give full details of the real persons behind the investments (the beneficial owner) so as to know the who exactly earns the incomes from the investments.

“To-date, there is no comprehensive register of beneficial owners for companies operating in the mining and oil and gas sectors,” says UGEITI.

The Director Economic Affairs at the Ministry of Finance, Planning and Economic Affairs, Moses Kaggwa admits that the country signed up to the initiative to improve transparency and accountability by meeting the EITI standards.

The failure to comply with the requirements of the initiative is also blamed for the persistent question about where Uganda’s high gold export revenues come from.

According to the report, there has always been a wide discrepancy in figures of exports of gold, with the Directorate of Geological Survey and Mines low figures compared to what the Uganda Revenue Authority presents.

Winnie Ngabiirwe, the Executive Director of Global Rights Alert says Uganda must prove that all her gold is mined locally, or imported through legal channels, to avoid buying from areas controlled by rebel forces in the region, which otherwise fuels conflict.

Asked whether there should be a law specifically tailored to compel the government companies disclose details of the activities and the resulting revenues, Ngabiirwe said, there is enough legislation in the Access to Information Act 2005.

She says the companies and government can use legal processes to agree on what to disclose and how, if there is need to protect data for business purposes.

On his part, the General Manager, TotalEnergies E&P Uganda, Phillippe Groueix says that they welcome the report and that this will go a long way in enabling full disclosures on the PSAs.

The Minister of State for Minerals, Peter Lokeris said the report gives the government even more reason to disclose more of the contents of the contracts.

He says that since they have already committed to the EITI, the government has no choice but to start disclosing all details of the agreements and the activities of the investors according to the requirements of the initiative.

The report, the first by Uganda, shows that for the period under review (2019/2020) the extractive sector contribution to government revenues amounted to 436.35 billion shillings or 1.27 percent of total domestic revenues.

The value of exports from the sector amounted to 2.6 billion shillings accounting for 0.02 percent of the country’s total exports.