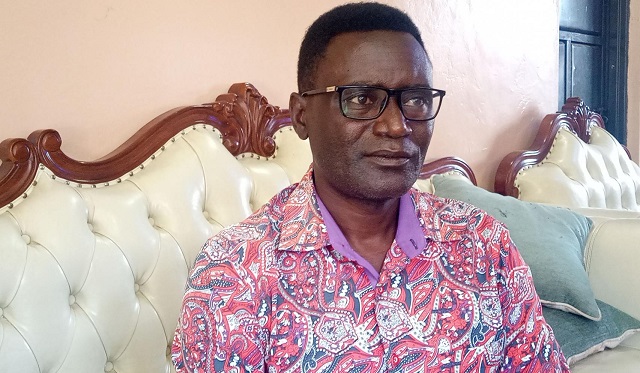 Gulu, Uganda | THE INDEPENDENT | Christopher Mwetale Mpora, the Gulu University Dean of Students is demanding to be reinstated in office.

Mpora was in April last year arrested and charged with three counts of theft, forgery, and uttering a false document following complaints lodged before the court by Mildred Anena Alou, his business associate. The two jointly owned Goma Oil Ginnery.

Alou accused Mpora of fraudulently withdrawing 3.5 Million Shillings in the name of Goma Oil Ginnery from Centenary Bank in Gulu City on June 15, 2020.

He was found guilty by the Gulu Grade One Magistrate Christine Turibamwe and sentenced to one month of community service following his convictio. Mpora was interdicted from office for breach of the Public Standing Orders.

However, through Kunhira and Co. Advocates, Mpora appealed against the ruling in Gulu High Court.

On Tuesday, Justice Alex Mackay Ajiji, the Resident Judge of Gulu quashed the ruling by the Magistrate’s court. He argued that Turibamwe lacked evidence in her ruling occasioning a miscarriage of justice, made wrong conclusions by relying on handwriting expert opinions, and lacked enough evidence.

The demands have been formally forwarded to the Gulu University management through the Vice-Chancellor and Central Registry who have all confirmed receiving it.

Mpora who claims several damages arising from his arrest and conviction by the courts, says that he is yet to decide whether to demand compensation.

When contacted, James Onono Ojok, the Gulu University Deputy Spokesperson said that he could not comment on the matter yet.