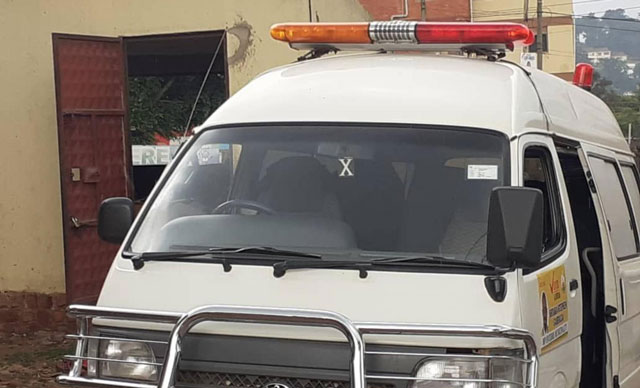 Kasese, Uganda | THE INDEPENDENT | An ambulance belonging to Bwera General Hospital in Kasese has burst into flames at Yerya in Kibito Sub County along Fort Portal-Kasese road in Bunayangabu district.

Two occupants of the ambulance are said to have died on the spot while two others sustained serious injuries and were rushed to Kibito HCIV in Bunyangabu District.

An eyewitness told URN that the ambulance, whose details are yet to be established, was coming from Kasese driving towards Fort portal tourism city.

Our reporter has since established that the ambulance was transporting a patient to Mulago National  Referal Hospital.

URN couldn’t confirm the number of people that were on board and the cause of the accident by the time of filling this story. Traffic police were yet to reach the scene.