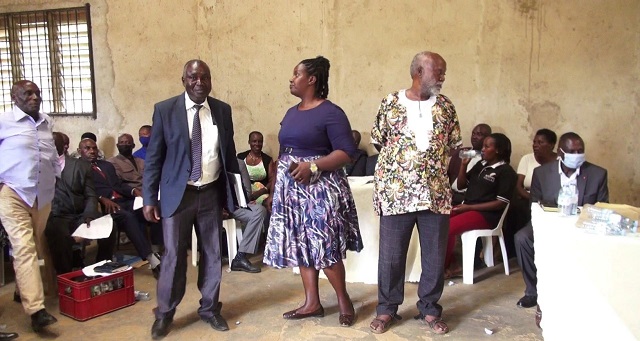 Kampala, Uganda | THE INDEPENDENT | The leadership of Banyakole Kweterana Cooperative Union is on the spot for alleged misappropriation of Shillings 300million. The implicated are Emmanuel Natukunda the Chairperson of the Union, Andrew Kagwa, the Treasurer, and General Manager Nelson Niwahabwa, lawyer Isaac Kato, and Operations officer Elias Rwobusingye.

The officials were implicated in an audit carried out by Evol and company-certified public accountants into the union activities for the year 2021. Denis Eidu, a senior auditor also presented the reports from 2014 to 2019, which implicated the previous board led by Geoffrey Bangirana for causing the union a financial loss of Shillings 1.5billion through travels and unexplained payments.

According to Eidu, the union that is supposed to export coffee has failed to renew its exporting license for the last 10 years.

In 2021, Banyankole Kwetarana Cooperative Union received Shillings 1billion from the government as compensation for the losses they incurred during the liberation struggle. The funds were meant to help revive the Union that had almost stopped its operations. Bob Barigye, the Registrar of Cooperatives in the Ministry of Trade, Industries and Cooperative, says that all reports implicate some board members and management who have always fought to stay in the union’s leadership.

The State Minister for Cooperatives, Fredrick Gume Ngobi who attended the Union Annual general meeting on Sunday, was shocked by the misappropriation of funds and directed all the implicated persons to register statements with the police.

Ngobi said the culprits had sent him threatening messages not to follow up on the money and tasked security to make sure that they hunt down all those implicated in the audit report to refund the union money.

Founded in 1958, Banyankole Kweterana cooperative union was once the leading coffee buyer and exporter in the western region. However, its operations were affected by the 1971 coup that brought Iddi Amin into power.