Mabirizi asks prisons to take him to Arusha for court hearing 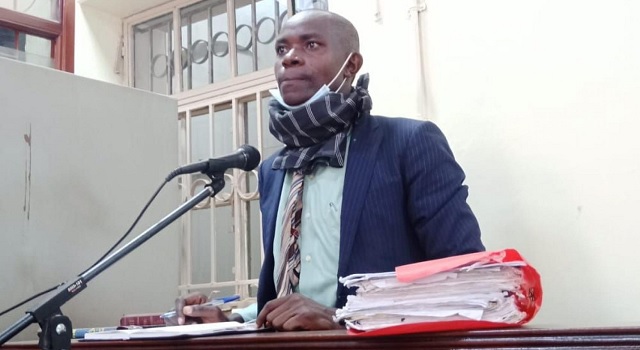 Kampala, Uganda | THE INDEPENDENT | Jailed city lawyer Male Mabirizi is negotiating with the Uganda Prisons Services to take him to the East African Court of Justice in Arusha, Tanzania for the hearing of his case challenging the decision to shut down the internet and Facebook during the 2021 general elections, High court heard on Tuesday.

Justice Muwata then proposed that Mabirizi returns to the court for a ruling on June 7th, 2022. In his response, Mabirizi said that he might not be available because he is in negotiations with the Uganda Prisons Services to transport him either by bus or any other means to argue his case in Arusha.

On May 12th, 2022, the East African Court of Justice summoned Mabirizi and the Attorney General Kiryowa Kiwanuka to appear before a panel of five Justices on June 7th, 2022 for the hearing of the application in which Mabirizi is challenging the Facebook shut down in the country.

Although other sites were unblocked, Facebook remains blocked in Uganda to date. Currently, Facebook users access it unlawfully using the Virtual Private Network. Mabirizi wants the East African Court to declare the actions by the government illegal. He wrote to the Commissioner-General of Uganda Prisons Services Dr. Johnson Byabashaija on May 19th, 2022 to arrange his travel to Arusha for the court hearing.

The Prisons Spokesperson Frank Baine, says that it’s hard for them to take Mabirizi outside Uganda because of his security. ‘We do not run the foreign policy. We cannot guarantee Mabirizi’s security outside the country. Let him serve first his sentence then he can follow up the cases later”, Baine said.

Mabirizi is currently serving 18 months at Luzira Maximum Security Prison for contempt of court. Baine says that although the proceedings leading to Mabirizi’s conviction and subsequent sentence are civil, contempt of court is a criminal matter and that’s why he is in Upper Prison.