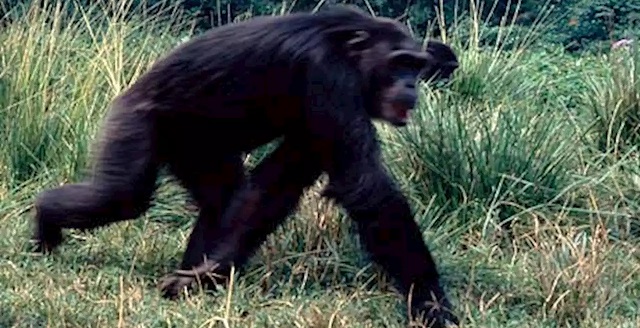 Kagadi, Uganda | THE INDEPENDENT | A minor is nursing injuries following a chimpanzee attack in Kagadi district. The victim is five-year-old Mugabe Bikahwa, a resident of Karuswiga central cell in Muhorro town council.

His father, Omuhereza Bikahwa of Karuswiga central cell, says the chimpanzee grabbed his son on Thursday as he was returning with a group of women and children from fetching water for domestic use. “My son was coming from the water source with his colleagues when the chimpanzee attacked them,” he said.

He explains that the chimpanzee was attracted by the noise of the children, adding that one of the chimpanzees that were enjoying jack fruit and mangoes in the garden grabbed his son and took him to the bush only to be rescued by residents after hearing alarms from his colleagues.

The minor’s mother, Ouhereza Basigirenda Bikahwa has asked Uganda Wildlife Authority to relocate the chimpanzees to stop them from attacking residents.

Aliru Basanya, the chairperson of Igulika cell says the chimpanzee attack especially on children has triggered panic among residents. He calls for the intervention of UWA to protect them.

The incident comes just days after another 3-year-old Rosemary Kunihira, a daughter to Kyaligonza Businge, a resident of Nyamiti cell in Muhorro town council, Kagadi district was bitten by a chimpanzee, which left her with several wounds on the stomach. She was admitted to Doctor’s clinic in Muhorro town.

She was injured over the weekend as she ferried water for domestic use. Her family is demanding compensation from the government. Sergeant Wilson Amanya, the UWA in-charge of Kibaale, Kagadi, and Kakumiro districts has described the incident as unfortunate. He however says that the authority will not compensate the family.

“There is no provision in the law for us to compensate in such a case,” he said. He explained that out of charity, they at times give a helping hand to the victims. Amanya disclosed that UWA would dispatch a team to investigate the cause of the animal attack.