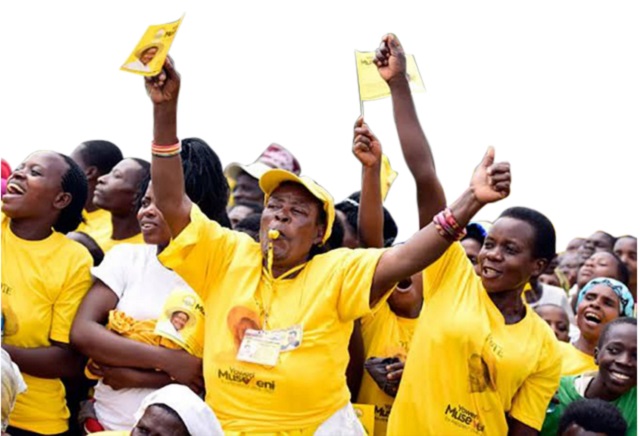 Expert body lists them among worst on the globe

Kampala, Uganda | THE INDEPENDENT | Uganda elections score one of the worst rankings in the world according to a recent report released by the Electoral Integrity project which measures the quality of presidential and parliamentary polls across the globe.

Perceptions of electoral integrity (PEIs) are measured by experts for each country one month after polls close. The PEI project produces innovative and policy-relevant research comparing elections worldwide. The latest research report provides a global assessment of the quality of national elections around the world from 2012-21, based on nearly 500 elections across 170 countries.

The experts say the exact reasons why electoral contests are flawed or fail differ from one state to another, but it commonly involves processes of corruption in kleptocratic states ruled by clientelism, contests disrupted by outbreaks of violence and civil conflict, and state repression of opposition forces and fundamental human rights, as well as lack of state capacity in poorer developing societies.

“Understanding the reasons requires breaking down the summary Perceptions of Electoral Integrity Index scores in far more detail, including by problems occurring at different stages of the election, and also by comparing changes in successive elections in each country,” they say.

In the latest report released this May, the Ugandan presidential elections of 2021 and 2016 are ranked among the worst in the world. The 2021 elections are ranked worse than the earlier ones of 2016. Only eight countries in the world have a worse election score than Uganda. They include the Congo Republic, Gabon, Equatorial Guinea, Central Africa Republic, and Comoros, Syria and Belarus.

According to the report, all these countries are categorised as closed democracies; meaning they have governments led by are semi-dictatorial regimes that combine dictatorial powers with some democratic values, and despite being authoritarian, have what they call façade elections. 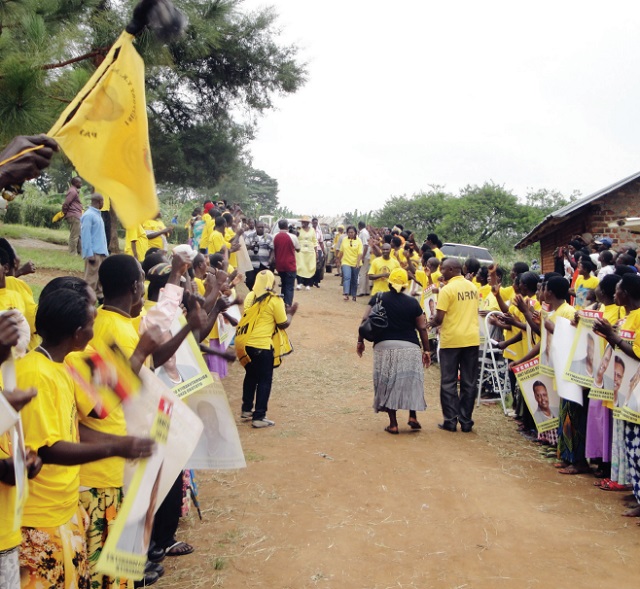 The report paints a general trend indicating a clear positive relationship between Liberal Democracy and elections. It segregates regimes into four types: Closed autocracy, closed democracy, electoral democracy and liberal democracy. Uganda falls among the closed democracies. According to the experts, this means it has a semi-dictatorial regime that combines dictatorial powers with some democratic values, and despite being authoritarian, holds regular elections.

The authors of the report note that elections are central to democracy. They enable citizens to hold their governments to account for their actions, bring peaceful transitions in power, ensure that policies are developed in the interests of the wider public, and can deepen civic engagement.

“Unfortunately, elections often fall short of these ideals,” the report says, “They can be marred by problems such as voter intimidation, post-election violence, low turnout, barriers to voting, fake news, and the under-representation of women and minority candidates.”

Previous research has demonstrated that electoral integrity is notably influenced by regime type and levels of economic development. The most recent data support these conclusions.

The comparison within each of the regions demonstrates that the Nordic region had elections with the highest levels of integrity (over 80), with very positive evaluations of Denmark, Finland, Norway, Sweden, and Iceland.

“This is not surprising; these are all affluent post-industrial societies, consensus democracies, and egalitarian welfare states, which commonly rank highly in many other measures of democratic governance, integrity, and human rights,” the experts say.

But the positive relationship between economic development, measured by Gross Domestic Product (GDP), and Perceptions of Election Integrity (PEI), is not consistent across all cases. Two countries with high GDP but lower PEI scores are Singapore and Qatar. Conversely, among the countries with the lowest GDPs, they range from the lowest PEI Index Score Comoros in 2020, and a quite high PEI score for Niger in 2021.

Also, although electoral integrity continued to be generally higher in countries with much higher levels of economic development, quality elections were still delivered in lower-income countries such as Cape Verde, which had the highest ranked elections in Africa. 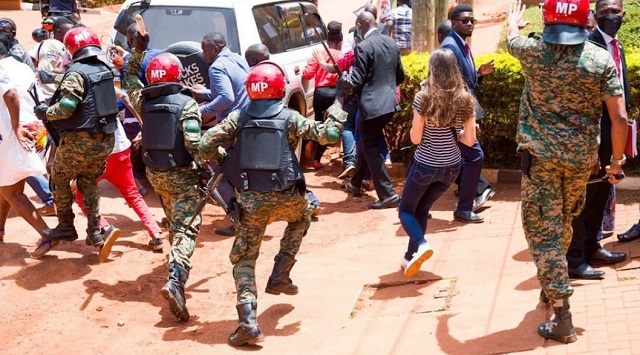 “There are all kinds of threats to the integrity of elections that revolve around campaign money,” they say, “Where campaign money comes from, for example, could affect a candidate’s ideology or policies on important issues. It is also often the case that the candidate who spends the most money wins – which means unequal opportunities are often part and parcel of an election.”

They say it helps when parties and candidates are required to publish transparent financial accounts. “But in an era where “dark money” can be more easily transferred across borders, it can be very hard to trace where donations really come from,” they add.

The publishing of transparent financial accounts was the lowest sub-component.

“This demonstrates a need across the board for policymakers, candidates, and electoral authorities to improve reporting mechanisms to allow for maximum transparency in the use of money in elections,” they say.

In a call to action for policy makers, the authors say data published alongside their report can be used by national governments, international organisations, campaigners, citizens, and political parties to identify strengths and weaknesses in specific countries.

“This can be used to enable the identification and sharing of good practices. It can also be used to initiate electoral reform efforts,” they say.

In the East African region, Rwanda elections are the best ranked on integrity followed by Kenya, Ethiopia, Sudan, and Tanzania.

According to the report, the integrity of all elections in these countries is lower than the mean scored by countries in other regions of the world.

The Americas have a mean score of 58 with the worst score from Nicaragua at 29 and best score from Canada elections at 83. The USA scores below the mean at 57.

In other regions, elections in Asia have a mean integrity 51. This region has some super performers such as Taiwan at 82, Cyprus at 80, and Japan at 72. But the mean score for the region is dragged by very poor performers in dictatorial regimes in Syria 19, Tajikistan 27, Cambodia 29 and Iran 33.

European countries have elections with the highest integrity ratings in the world with Finland at 88, Sweden and Denmark 85, and Estonia and Switzerland at 84. Among outspoken liberal democratic nations, Germany scores 81, France 74, UK 73 and Italy 69.

Scores for Sub-Saharan Africa are varied, from positive ratings in Cape Verde compared with the lowest rating of any elections around the world in Burundi, Equatorial Guinea, and Ethiopia.

The Nordic countries are closely followed in Western Europe by Germany and the Netherlands. Many other states in this region, such as France and Ireland, also have very high levels of electoral integrity, according to experts.

At the same time, Greece, the UK, and Malta were evaluated less positively, with PEI scores of 65-66, a full twenty-points less than the world-leader of Denmark. Following a series of problematic contests under President Erdogan, Turkey is ranked as low in integrity.

In the Americas, it may be no surprise that Canadian elections are well-rated by experts, but so are contests in middle-income Costa Rica and Uruguay. Latin America shows varied scores. Moreover, the U.S. was given an overall rating of 61, lower than any other long-established democracy and affluent society.

Further analysis reveals that the average expert ratings of American elections are significantly pulled down by electoral laws, voter registration, and district boundaries issues. The region also contains the highly problematic cases of Venezuela, as well as Honduras, Nicaragua, and Haiti.

Other world regions display a similar varied pattern of electoral integrity; in Central and Eastern Europe, countries such as Estonia, Lithuania, and Slovenia have held a series of free and fair contests since emerging from Communist rule, rated as positively as many equivalent contests in Western Europe. At the same time, several Eurasian autocracies held elections with numerous serious flaws, exemplified by Tajikistan and Turkmenistan.

Asia-Pacific is equally varied in the quality of its elections, ranging from high integrity in New Zealand, South Korea, Taiwan, and Australia, in contrast to fundamental weaknesses in elections in Afghanistan, Vietnam, and Cambodia.

The Middle East and North Africa display elections that show marked contrasts, with Israel and Tunisia rated most highly compared with façade elections held by the Syrian regime.

The Electoral Integrity Project is an independent academic study founded in 2012, to address three questions: How and when do elections fail- throughout the electoral cycle? What are the consequences of failed elections, such as for security, accessibility and trust? And what can be done to mitigate these problems, based on academic evidence?

Among solutions on offer for some of the other problems with elections are use of automatic voter registration, independence for electoral authorities, and adequate funding for electoral officials and electoral observation.

“Democracy may need to be defended in battle, as we are currently seeing in Ukraine. But it also needs to be defended before it comes to all-out conflict,” say Dr. Holly Ann Garnett and Professor Toby S. James, the current directors of the PEI project. They say discussion, protest, clicktivism, and calls for electoral reforms help.

According to them, in recent years, there have been concerns around the world that democracy has been backsliding. The United States hosted a Summit for Democracy at the end of 2021 to “set forth an affirmative agenda for democratic renewal and to tackle the greatest threats faced by democracies.” Democracy defense coalitions have arisen in countries where democracy has long thought to be consolidated. Defending democracy has been at the center of new armed conflicts in Europe.