Commemorating Yekatit 12: Second Italo- Ethiopian War in 1935, and the Victory of the Battle of Adwa in March 1896 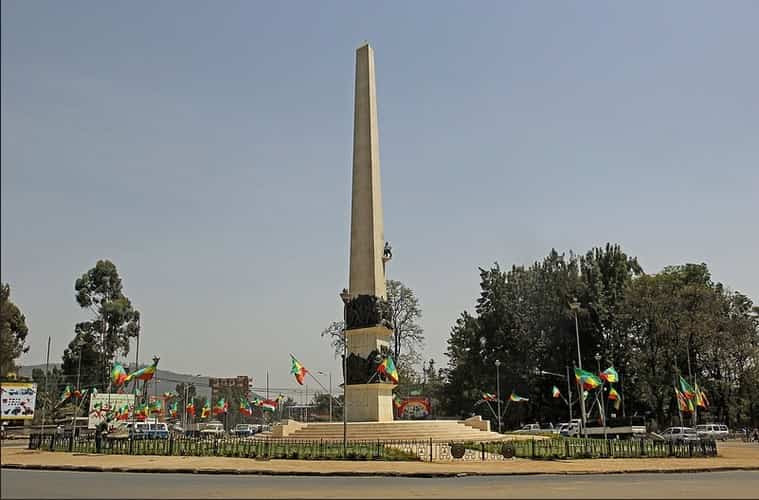 The commemorations were held virtually on Sunday, March 6, 2022. This observance event was organized by the Ethiopian Community Mutual Assistance Association of NY, NJ, and CT (ECMAA).

It is a yearly tradition on Yekatit 12, “Marty’s day,” for Ethiopians to pay tribute to the patriotic heroes and innocent civilian victims who perished by Italian fascist armies between 1935 and 1941. This year’s commemoration has been combined with the victory of the Battle of Adwa. In Adwa, the Italian colonial empire was defeated by Emperor Menelik in March 1896 and had become aspirational for many African states.

The commemorative ceremony started with a minute of silent prayer for those who died during the Italian invasion in March 1896 and between 1935 and 1941. It was followed by an inspiring panel discussion by the well-respected guest speakers, Professor Getachew Metaferia and Professor Ayele Bekerie.  The entire program can be seen via ECMAA’s Facebook or YouTube link.

It is a perfect opportunity to highlight the evolution of Ethiopia’s State formation. Like any other country in the world, Ethiopia’s state formation was a protracted process with all kinds of intricacies and has never been a smooth process.

Ethiopia’s state formation traced its origins to the Aksum kingdom before any European nations were established. In recent centuries, Emperor Tewodor was the first architect to lay the foundation of the current Ethiopian state, multiethnic and multilingual.  He is credited for unifying the Ethiopian state. Emperor Tewodros was attacked by the British army and finally killed himself in defiance of insurrection against a foreign enemy.

Tewodros’s successor, King Yohannes ruling was preoccupied on several fronts; the Sudanese Mahdist regime, Egyptian expansion,  and Italian colonial power were invading the mainland from Eritrea. As the Italians attempted to occupy more land deep in Ethiopia, King Yohannes’s army, led by top general Ras Alula Aba Nega, soundly defeated the Italian army at the Battle of Dogali with Ethiopia’s victory 1887. King Yohannes himself died in combat against the Sudanese Mahdi’s army in Metetemma in March 1889.

Emperor Yohannes was succeeded by Emperor Menelik. Emperor Menelik decisively consolidated his control over the Ethiopian empire. With his patriotic wife, Empress Tayitu Bitul, Ras Mokennon, and other leadership, Emperor Menelik had resoundingly crushed the Italian aggression at the Battle of Adwa in 1896.  Italian colonial invasion stopped. After Menelik’s death in 1913, Lij Iyasu became an emperor for a brief period and succeeded Empress Zewditu. She became the first female head of state, followed by Ras Tafari Mokonnen ascending as King Hale Sellassie I.

As part of the great wave of European imperialism in the late 19th century, known as the” scramble for Africa,”  in October 1935, Dictator Benito Mussolini of Italy ordered his Generals to invade Ethiopia. The Invading army led by General Rodolfo Graziani advanced toward the capital city of Addis Ababa and occupied the city. Graziani faced some resistance on his way. Unfortunately, the Ethiopian force was ill-equipped to sustain the offensive. The notorious General Graziani was installed as a ruler. Nevertheless, the countryside was unsafe for Italians throughout the five years of the brief occupation. The Italians were armed with modern weapons and even used mustard gas in aerial bombardment against the banned international law signed in 1925.

On February 19, 1937, in the second year of the Italian occupation of Ethiopia,  Graziani was celebrating the birth of the Prince of Naples of Italy in Addis Ababa.  At the event, two young Ethiopian patriots named Abraham Deboch and Moges Asghedom threw hand grenades at him. Graziani was hit but survived. In response, Graziani orders his troops to indiscriminately kill any civilians walking on the streets of Addis Ababa. It is estimated that Graziani’s troops massacred over 30,000 in just three days in Addis Ababa. In remembrance of the three-day Fascist massacre of Addis Ababa as well as other war crimes committed by the Fascist army against Ethiopia during the occupation of 1935 -1941, people gather to lay wreaths at the “sedest kilo” monument as a symbol of our freedom. A parade takes place in the same area. It is an incredibly moving event to observe the ceremony by all freedom-loving Ethiopians. Unfortunately, today only a few survivors are left to tell the story of that tragic day.

The battle of Adwa is a historical event that sparks a patriotic flame in all African’s hearts. The cause of the fight was the Treaty of  Wichale Ethiopia made with Italy in 1889. The treaty was written in both Italian and Amharic languages.  Article 17 states that Italy’s role in the Italian language was not accurately reflected in the Amharic version. In the Amharic version of the treaty, Article 17 says that “His Majesty the King of Kings of Ethiopia can use the Government of His Majesty the King of Italy for all treatments that did business with other powers or governments.” The Italian version stated that Ethiopia was obliged to conduct all foreign affairs through Italian authorities, making Ethiopia an Italian protectorate. This was not acceptable to Emperor Menelik, and he renounced the treaty that triggered the battle of Adwa. The Italians were disastrously defeated at Adwa on March 1, 1986. Ethiopian’s independence is secure. This victory became a unique prestige on the African continent, and the news quickly spread worldwide. Dr. Ayele Bekere’s in one of his articles about the Battle of Adwa in Tadias Magazine, eloquently stated, “Adwa is significant because it disturbed the colonial order in the world. Colonial subjects interpreted Adwa as a call to resist and defeat colonialism and racial oppression throughout the world. Adwa has a permanent symbol and constant reminder that colonialism was wrong and ought to be defeated… Adwa, to most historians, is African history.”

This year’s anniversary marks the 85th year of Yekatit 12 Martyrs Memorial Day since the horror and tragedy occurred and marks the 126th Year of the victory of Battle Adwa. It is our lasting national history of Ethiopian victory over European African colonization.  This event will help remember and tell untold stories to young generations. It is our history, and it tells us who we are and where we came from.

How to bet on Hollywoodbets

Tele partners with Dashen to serve the financially underserved

Where the rubber meets the road