Are You Ready for MSPT Action at Venetian? $3.5M in GTDs Start Monday 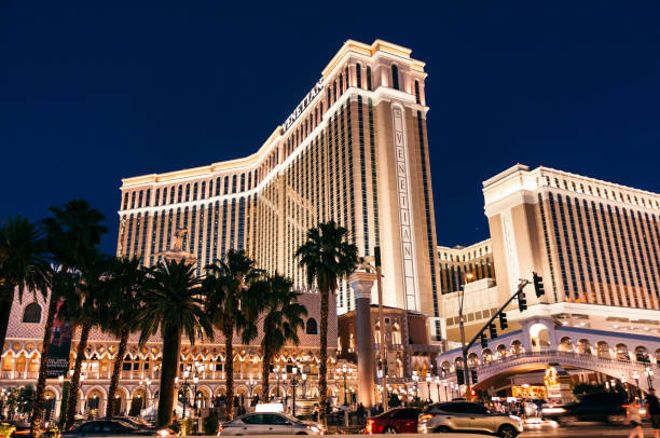 The Venetian 2022 Championship Poker Series kicked off back on May 2 and is slated to run through July 31. During that time the 133-event series will offer more than $22 million in guaranteed prize pools.

This coming week, the series will partner with the Mid-States Poker Tour (MSPT) for a pair of events – both of which will be live reported by PokerNews – that are primed to be among the biggest of the summer.

First up is the $1,600 buy-in MSPT Venetian featuring a $2 million guarantee. That tournament, which will start players 30,000 in chips and play 40-minute levels, features three starting flights starting with Day 1a at 11:10 a.m. PT on Monday, June 6 (late registration is open until 6:40 p.m.). Days 1b and 1c will take place at the same time on Tuesday, June 7, and Wednesday, June 8 respectively.

The surviving players from all three flights will then return at 11 a.m. on Thursday, June 9 for Day 2 action, with the Day 3 finale to follow at Noon on Friday, June 10. PokerNews will be on-site throughout to offer live updates.

In 2021, the tournament attracted 2,011 entries and offered up a $2,865,675 prize pool. Coming out on top was poker pro Chance Kornuth, who claimed a $412,086 top prize. Kornuth has been on a heater lately by capturing his first World Poker Tour (WPT) title and finishing runner-up in a 2022 World Series of Poker (WSOP) event.

Check out the MSPT Hub on PokerNews here!

Players will then have to wait just two days for the next MSPT Venetian, which is a $1,100 buy-in with a $1.5 million guarantee. That tournament will start players with 25,000 in chips and play 40-minute levels.

Tournament officials are hoping to surpass the massive turnout of 2,790 entries from the summer of 2021. That offered participants a $2,692,350 prize pool and saw 63-year-old Harlen Miller of Bismarck, North Dakota emerge victorious for $367,801.

The MSPT is also slated to return to Venetian Las Vegas September 3-5, so be sure to mark your calendar for another great stop later in the year. Details on that tournament will be released in the future.