Dodge revealed Wednesday an EV concept that looks — and even sounds — like the gas-powered Charger muscle car that will be discontinued next year.

The two-door Dodge Charger Daytona SRT Concept — the Daytona name a nod to its gas-powered ancestor’s 200 mph NASCAR track milestone — is not just a design exercise, according to the Stellantis brand. The Charger EV concept unveiled at M1Concourse in Pontiac, Michigan during Dodge Speed Week event series is a placeholder of sorts for the production version coming in 2024. Dodge has been talking about this day since at least last summer, but now consumers are starting to see exactly what the automaker has in mind.

It’s unclear just how much of the concept shown Wednesday will make it to the final production version. A company spokesperson did tell that “we call it a concept … it is very close to production.” Which means it’s worth taking a closer look at the concept that will replace the gas-powered version. 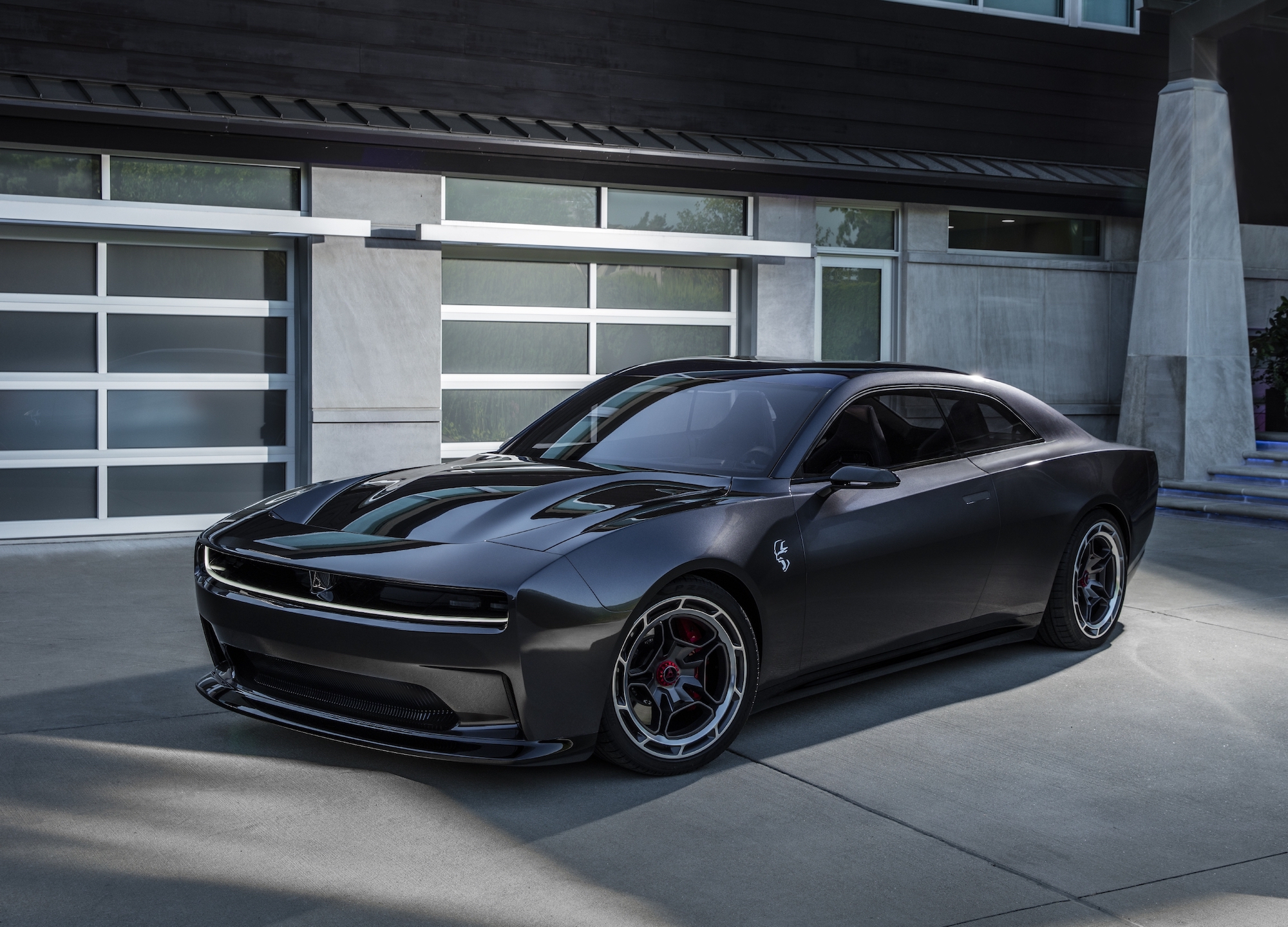 Like so many concepts, the automaker didn’t share details on pricing. It did share lots of specs and design details, which clearly uses some of the original Dodge Charger DNA.

Dodge emphasizes three main areas that it says will “rewrite the rules” of the battery electric segment: a front R-wing that acts as an aerodynamic pass-through, a multi-speed transmission with electro-mechanical shifting and finally, an exhaust that can reach 126 decibels. Yes, the automaker put an “exhaust” on an EV and gave it a dB that will make it as loud as a Hellcat-powered Dodge by pushing sound through an amplifier and tuning chamber located at the rear of the vehicle. 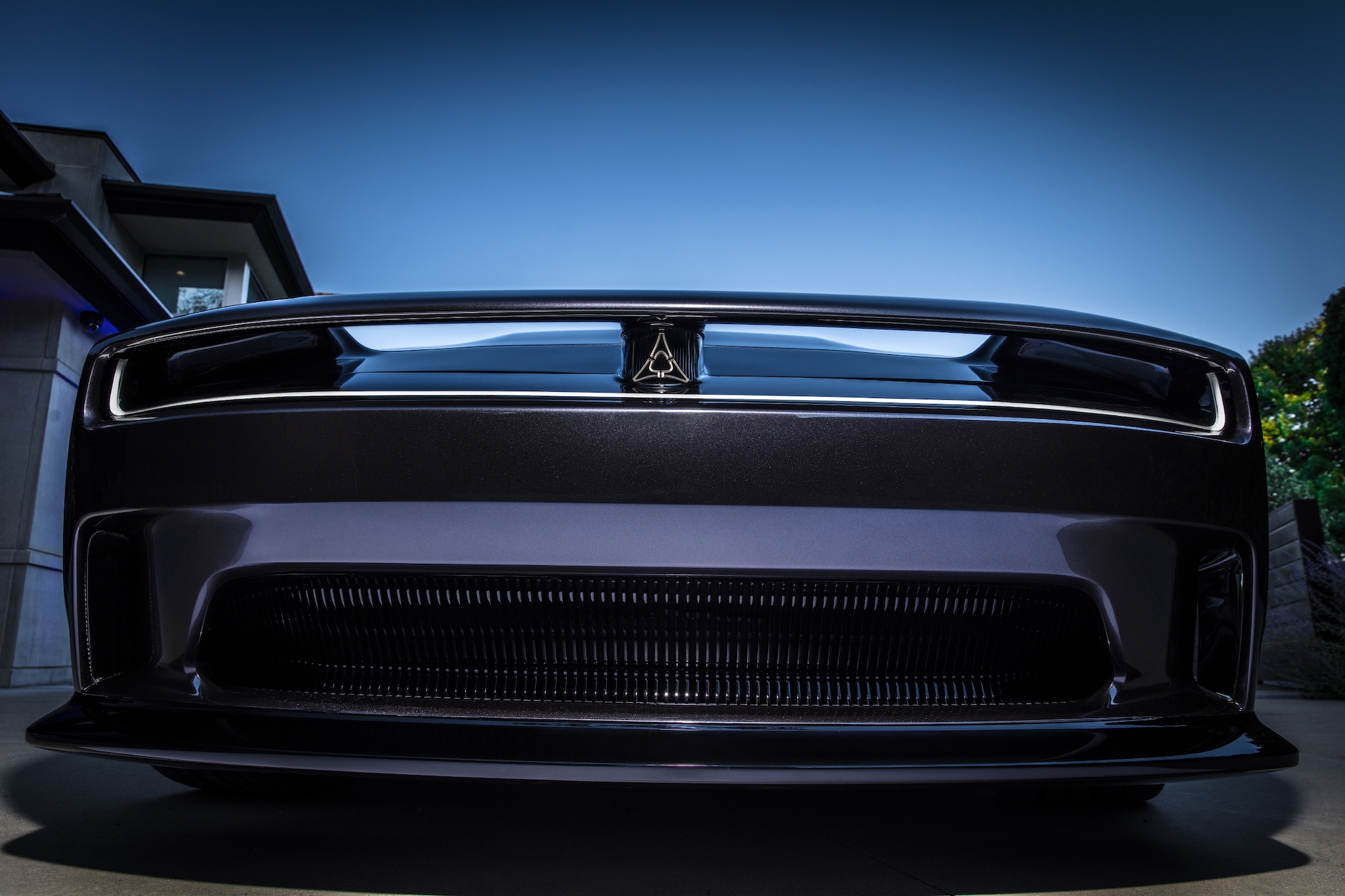 The Dodge Charger Daytona SRT Concept’s R-Wing is an homage to the original Charger Daytona design. It is incorporated into the hood and allows air to flow through the front opening, enhancing downforce. Image credit: Dodge/Stellantis

Tim Kuniskis, CEO of the Dodge brand under Stellantis, didn’t mince words in a statement when he said “Charger Daytona does more than define where Dodge is headed, it will redefine American muscle in the process.”

That’s an ambitious target and Dodge’s bar for success appears to start with the upcoming EV exceeding the power, performance and sound of the gas-powered Dodge SRT Hellcat.

Like its gas-powered brethren, the propulsion system in the Dodge Charger Daytona SRT Concept even gets some special branding. The 800v propulsion system, dubbed Banshee, makes the EV faster than a Hellcat in all key performance measures, according to Dodge.  The Dodge Charger Daytona SRT Concept also has a standard all-wheel drive and on push-button on the steering wheel called PowerShot that will produce an extra burst of horsepower. 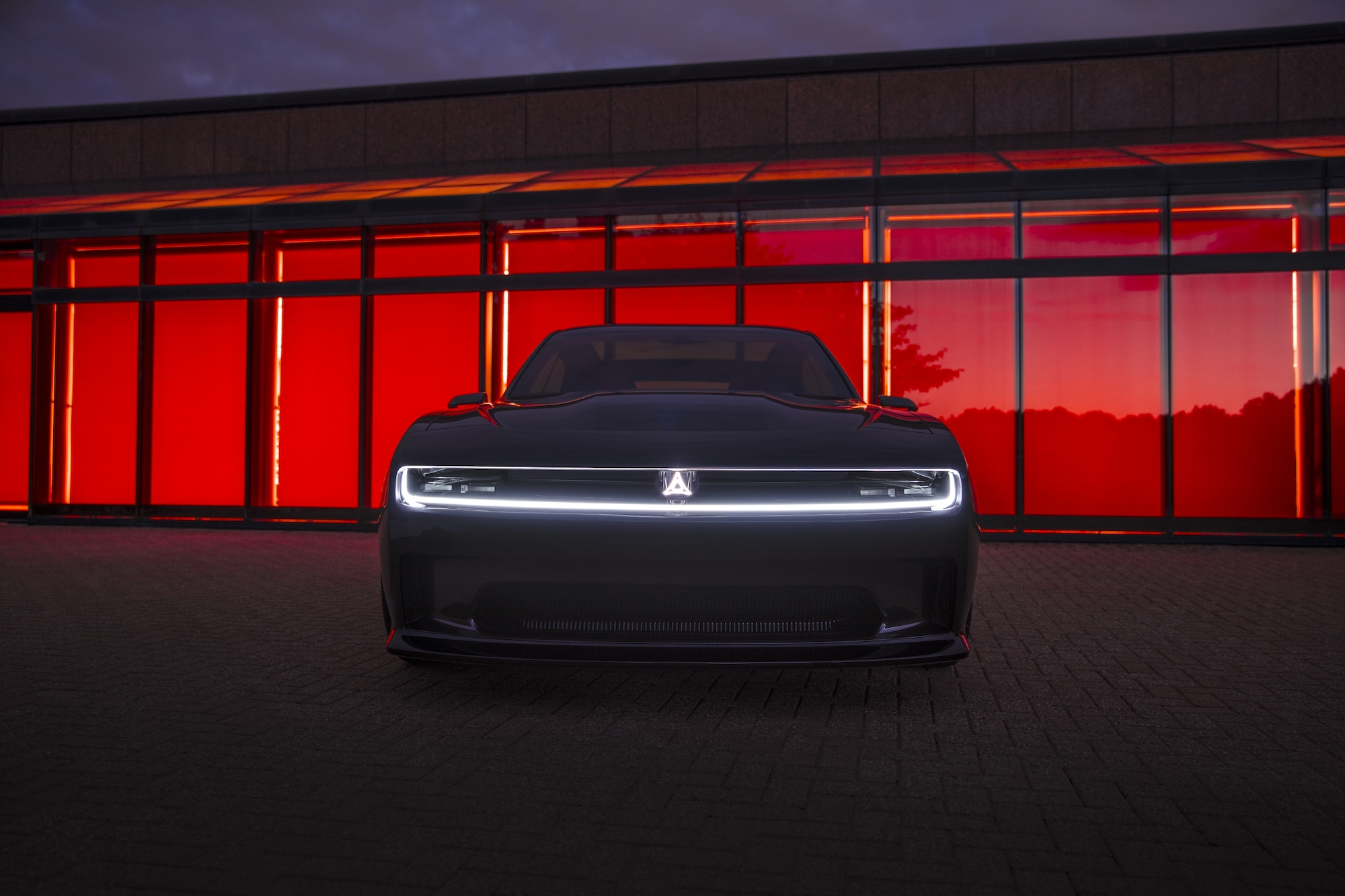 Dodge pulled from its past when it designed the Charger EV concept even though it has lots of modern elements, like the R-wing, a more aerodynamic shape and its panoramic glass roof. Some of the historical nods include a white illuminated three-pointed Fratzog badge that was originally featured on Dodge muscle cars from 1962 through 1976. Then there is the front grille with its vertical details that are reminiscent of the 1968 Dodge Charger. The automaker’s designers took that 1968 grille design and pulled into the interior textures as well.

Inside the vehicle are many of the modern touches one expects in a new EV, including a 12.3-inch center screen, a curved 16-inch instrument cluster and a 8-by-3-inch Head-up Display (HUD).

Is Your Wardrobe Filled With Ankara Outfits? Here Are Some Styles You Should Sew With Other Fabrics

Bagbin withdraws his membership from GBA

Central Bank to purchase 3.5 tonnes more of gold by close of year

Central Bank to purchase more gold by close of year

Give me my flowers when I can still smell them

For Brazilian shareholders, Nubank’s IPO has a bitter aftertaste •

Chamber of Mines to sell 125,000 ounces of gold to central bank

Salisu Answers Critics With A Solid Performance For Black Stars

The Youth Should Emulate John Dumelo: He Has Sent Another Full Truck of Yam To Accra

My People Will Be Disenfranchised; I Won’t Allow The EC To Go Ahead With This Plan

5 Reliable Signs That Money Is Coming Your Way

Those we elect- who should make sure they do their job?

Magnificent Knee-Length Dress Ideas Ladies Can Recreate For Every Gathering

“We Will Build On The Hearts of Oak Experience” – Yaw Preko

Banks are on brink of insolvency, more than $1b needed for Financial sector clean-up – Bright Simons

These Are The Players With Most Goal Contributions Since 1950 For Both Club Team And National Team.

2 Perish in fire outbreak at Ahiatsikope

Namibia set to export 50,000 tonnes of lithium ore to China

Close down schools in Bawku over insecurity: Heads of basic schools urge GES

South Sudan Rape So Common Women Do Not Report It – UN |