As it stands now, a lot of Ghanaians are wondering why the Commissioner of the Customs Division, Colonel Kwadwo Damoah boldly referred Ghana’s Special Prosecutor, Kissi Agyebeng, as a “Small Boy”. The possibility of his assertion may stem from how old he is, how he has moved from grass to grace, how he has journeyed so far on the career ladder, his academic qualifications, coupled with the kind of impact he has made on others and the country at large. He possibly thinks that the feat he has achieved so far cannot be matched with that of the Special Prosecutor.

If all the above assumptions are wrong, then Colonel Kwadwo Damoah was just trying to tame the Agyebeng, instill fear in him, and possibly get away with the things he was allegedly charged with, in accordance with the law.

But even if he has achieved so much in life than Kissi, should he allow his egoistic tendency to lead him to that extent?

Humility tops all, and I believe this is the kind of value the young people in this country and beyond are eagerly expecting from him as an experienced leader.

Well, he might have made an unrealised mistake, however, there are a lot of great things we can also learn from him, going forward. One fundamental thing most Ghanaians do is to quickly judge a leader when he or she makes a mistake, rather than taking their time to comprehensively understand the true personality of that person. This is something I want all of us to emulate, and practically apply in our daily lives, henceforth.

In that regard, let us all hold all the bad things he has done so far constant, and carefully and gladly unfold his life chapters in the subsequent paragraphs. 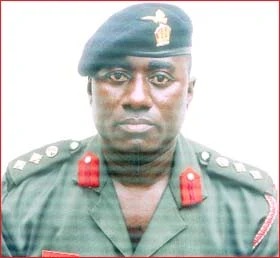 Colonel Kwadwo Damoah has immersed himself so much in the military arena, and as, earned for himself the Senior Command and Staff Course, as well as the Combat Team Commander’s Course. He additionally participated in the International Law Workshop, which prepared him so well for greater tasks ahead of him.

Between 1985 and 2007, Colonel Damoah performed his roles so well at the Ghana Armed Forces (GAF), and as such received the Prestigious Long Service and Good Conduct Award of GAF. He further received the UN Medal for Peacekeeping – Ghanbatt 39 and Ghanbatt 29, due to his diligence and efforts.

Meanwhile, from 1987 to 1988, Damoah served as the Platoon Commander at the Airborne Force in Tamale, Ghana; and from 1993 to 1994, he moved to the UN Interim Force in Lebanon. Colonel Damoah further became the Service Financial Comptroller of the Ghana Army Headquarters between 1996 and 2002. From 2002 to 2005, he served as the Financial Comptroller and Financial Advisor to the Commandant of the Ghana Armed Forces Command and Staff College. During this period, he was also the President of the Pensions Assessment Board and Executive Secretary for the Honours.

Subsequently, he was appointed as an Officer In Charge of Recruitment and Enlightenment of Personnel at the Directorate of Manpower Planning (DMP) of the Ghana Armed Forces. He served in this capacity from 2005 to 2009.

Colonel Damoah however moved to the academic environment from 2010 to 2018, where he served as a Lecturer at the Faculty of Law and Business Department of the Zenith University College. And between 2017 and 2020, he served as a Board Member of the Ghana Revenue Authority (GRA). Damoah further rose to become the Technical Advisor to the Commissioner General; and from 2019 to 2020, he became the Acting Commissioner for the Customs Division of the Ghana Revenue Authority. 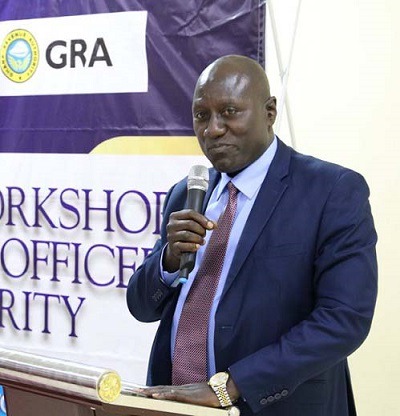 He then rose to become the Division’s Commissioner in the same year (2020).

Content created and supplied by: Ghana’sthirdeye (via Opera
News )