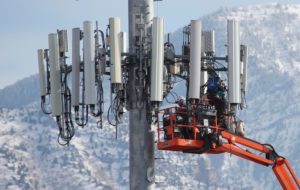 Nigeria’s capital, Abuja, is shaving 90% off the right-of-way fee. Now, telecommunications companies that wish to install broadband infrastructure in green areas would only have to pay ₦14.50 ($0.033) per metre instead of ₦145 ($0.33).

The government is making these efforts to expedite and complete its goals, which are outlined in the National Broadband Plan 2020–2025, to increase internet speed and lower costs in Nigeria.

Meanwhile, in Ghana, telecom operators complain of numerous charges and fees by various government institutions for every telecom infrastructure installed in the country. The institutions include local government agencies, Environmental Protection Agency, Civil Aviation Authority and others.

GH¢575.7bn debt could be much higher than announced

Places You Should Never Store Your Phone to Avoid Health Complications

How To Lower Your Blood Sugar Levels With Pawpaw

Opuni Trial: Court to hear another motion for stay of proceedings

“Despite Being A Dominant Woman, I Become Submissive When A Man Is Doing The Right Things” Mo-Bewa

‘We Are One’ promo: The Osei Kuffuors emerge winners of first episode

I Am Investible project launched; To create 20,000 jobs

Gold for oil agreement must go before Parliament

Kejetia traders hopeful of an end to impasse with ECG

The God who has called Alan Kyerematen is faithful – Sly Tetteh

Why former President Mahama is not against debt restructuring but…

‘Gay’ Chief Falls Down From Palanquin

Couples In Chinese Province Allowed To Have Unlimited Children |

NDC will not ‘burn’ over minority leadership change

Ghana Free From Sleeping Sickness – WHO

Gold for Oil deal lacks transparency; it must go before Parliament – Mahama

DWP USA was created to bring all cultures together

‘This year, I want people to think I did blood money, so help me God’ – Mercy Eke prays

Dancers are footsoldiers of Afrobeats, their impact is huge – DWP Dance Academy US manager

Ugandan Man Speaks After Court Ordered His Ex-fiancée To Pay $2,500 For Breach Of Promise To Marry Him After Paying Her School Fees | Social

Lady in tears as boyfriend who pampered her impregnates another woman

Reasons for Hair Loss. See what causes it😱

Tell Her That Our Marriage Is Over – Kyiri Abosom Admits To Adultery, Divorce To Wife |