Actress and social media personality, Princess Shyngle has announced the passing of her father, Winston Shyngle.

Taking to her Snapchat account, the actress was beside herself with grief adding that she had spoken to he father hours before his passing.

Princess Shyngle noted she does not think she can survive after experiencing this loss.

“Whoever told me that I was going to be planning my dad’s funeral less than 10 hours after saying good night to him I’ll just say naaaa nothing like that will ever happen to me because God loves me too much to make me go through such pain❤,” she wrote.

Princess Shyngle also shared a photo of her with her father. 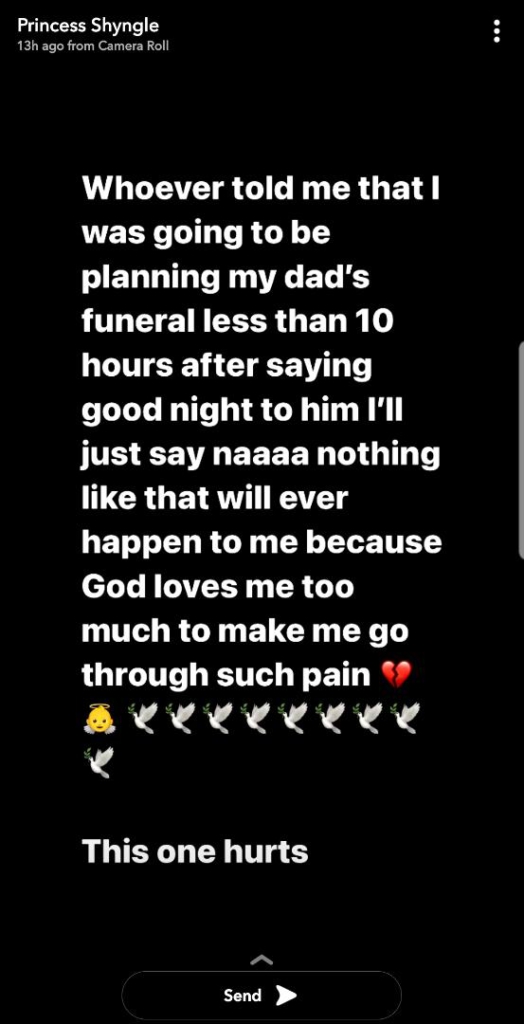 Mr Shyngle was once elected Deputy Mayor of Banjul City Council in The Gambia in 2008. 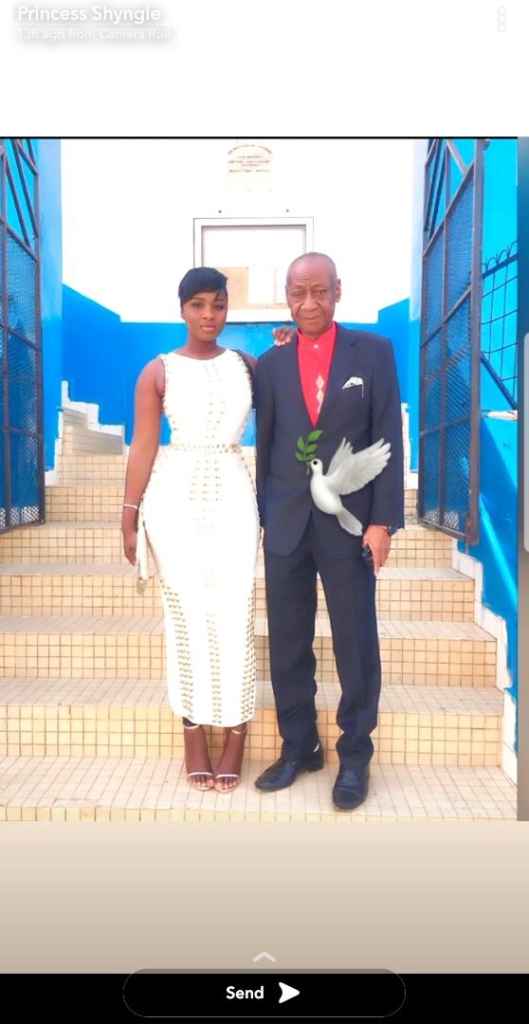