A man probably between the ages of 35 and 40 years old has been recorded on camera begging to survive in the United States of America (USA). If you watch the video carefully, you can see that he is looking very dirty and shabbily dressed. Another Ghanaian man living in America saw him begging for alms behind a fuel station and said that he will probably be a Ghanaian. As a result of this, he got closer to him and said this in the typical Twi language, “Are you a Ghanaian?”.

He responded by saying, “Yes”. The man then asked him, “What are you doing here?”. The beggar responded by saying that he need $10.00 to buy food. The man was moved with compassion for his fellow Ghanaian man and quickly remove some dollars from his pocket and gave it to him. The man then asked the beggar why he is looking very dirty and begging for alms but he couldn’t answer him.

He then asked him whether he has documents that show that he is allowed to stay in America and he responded by saying “yes”. The man then asked him, why don’t you give it to another person so that he will use the documents to work and give some money at the end of the month? He couldn’t answer this question as well.

The man finally asked the Ghanaian beggar his name and he said he is called Joe. According to him, he comes from Brong Ahafo Region. The man said that he should look for a job and do because what he is doing on the street is a disgrace to Ghana. This is because Americans know that Ghanaians are hardworking. Some social media users after coming across this video said that it appears the guy has been taking in hard drugs. His facial expression looks like a guy who takes in hard drugs. 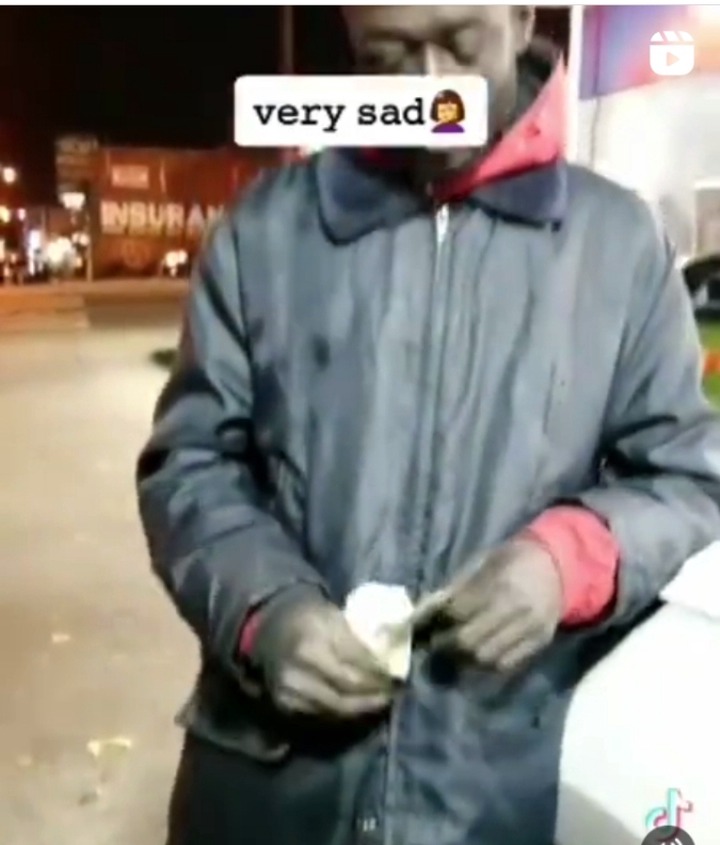 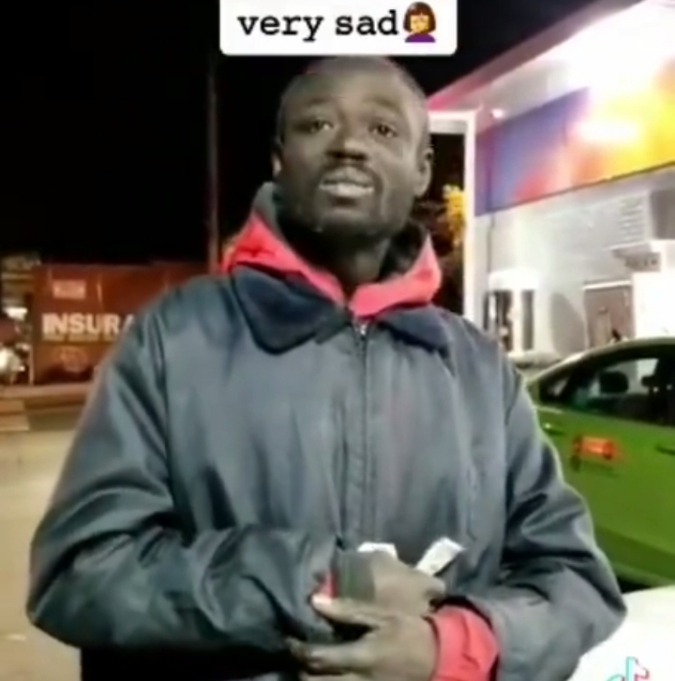