Chairman of the Nigeria Community for the Upper West Region, Ikechuku Christian, has denied any involvement of members of the community in the recent murders being recorded in the Wa Municipality.

He said all the allegations accusing them of having a hand in the atrocities that has led to the death and abductions of people most of whom night security guards, are frivolous and false. He stated:

“The message I have for Wa people is that we only tell them that all these accusations, we know nothing about it. None of the Nigerians (in the region) I can speak for my people if I have not stayed in this town… this would be my 16 years staying in this town and I know my people, very busy people. They don’t even have time. We open our shops at 6 (am) and close at 6 or 7 (pm) and come back home. So where do we even have time to go and do all these atrocities? We don’t have that time.” 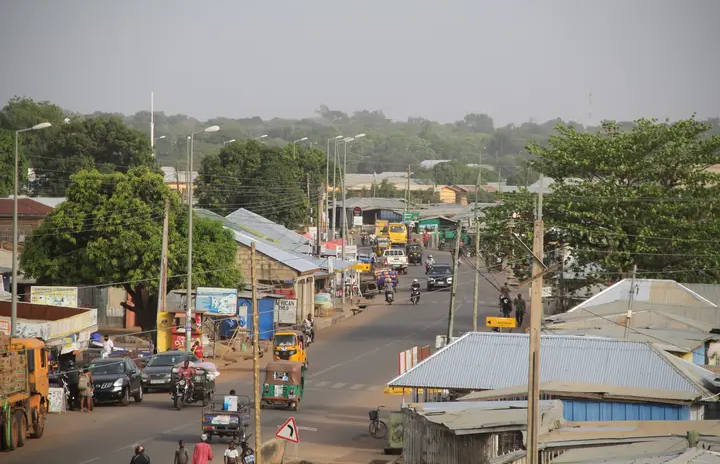 According to him, he was summoned twice by the Overlord of the Waala Traditional Area, Wa Naa Fuseini Seidu Pelpuo IV, over the allegations suspicions that a Nigerian restaurant operating in the town was refusing to sell food to anyone other than Nigerians that made people conclude that the reason might be because the outfit was using human flesh in the preparation of the food.

“There was a day I was invited to the Chief’s Palace (Wa Naa’s Palace) and I went there. And this accusation came up – that was the day we know that they’re accusing us of the ritual killings in Wa. The observation they raised from that place is that they say they heard that we Nigerians have been using human meat for our food, our cooking. And then I asked them how? What do they mean by that?And they said yes, that if not so, why is it that we normally eat in our Nigerian restaurant that their people will come to buy (from the restaurant) and we would refuse to sell to them? And I said haba!!! Who’s feeding you with all these stories? They said, that’s the story they brought to them. That’s the accusation. They’re only telling me to find out or to hear from me and I told them this is all false allegations, they are all lies and that we never use human being for our meat, that we have cow meat in the market (that we buy).” 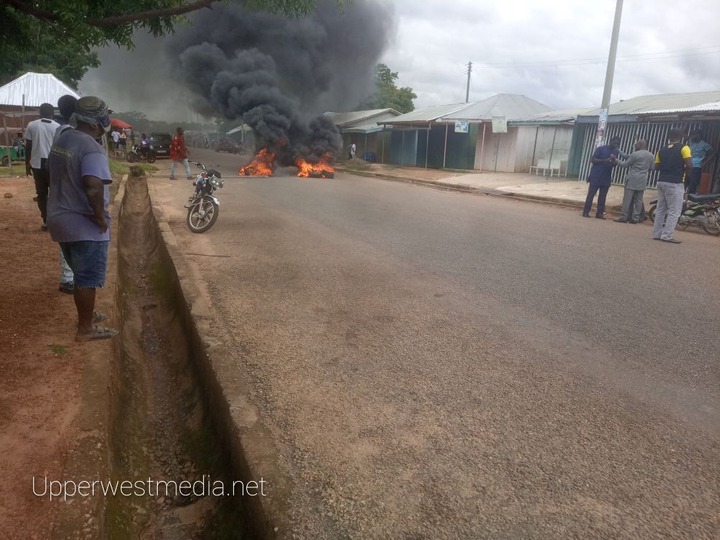 He said he wondered why those who made those allegations were not made to provide evidence to that effect in order to discourage them against peddling similar falsehood again in future.

He said this in an exclusive interview with Sungmaale FM’s Ibrahim Karky Tuorosung on Wednesday, September 21, 2022.

Asked whether the association did not suspect any of their members who might have the tendencies to think of involving in such a dastardly act of killing people, the Chairman mentioned that:

“We have not suspected anyone because i know my people for those that are among our union. Because we have an association, and (those) among the association i can speak for them. In our association before you become one of us, we have a form that you have to fill. You tell us where you come from, we know where you come from, we’ll know what you’ve come to do in Ghana. We’ll know where you have your shop, the work you do, even the time you entered Wa, we must know.”

Residents in the Wa Municipality have been living in fear and panic following the increasing murders and disappearance of night watchmen in the Municipality.

However, matters got to a head on Friday, September 16, when another watchman was reported missing triggering a spontaneous demonstrations on the principal streets that allegedly led to the destruction and looting of some shops belonging to Nigerians living and doing business in Wa by some youth, having been accused of having a hand in the occurrence albeit without proof.

Mr. Ikechuku when quizzed if they would choose to leave the town or otherwise, he explained that the shops of their members remained closed since Friday as they await for the advice of the Municipal and Regional Security Council who the association met today.

“That’s the reason why we’re still at home. Since Friday till now, we’re still at home trying to put things in place. Even today, we had a meeting with our Regional Minister and the DCE (MCE) and after the meeting they also promised that they are going to invite all the security heads for them to look into the matter and after that they’ll now call us back. So we’ll now sit back and wait for them to call us. Until after they call us, whatever they tell us, we’ll now take it from there. That’s when we’ll know whether we can stay or not. But for now, we can’t say anything.”

While commending the Police for giving them protection during the attack of members of the Nigerian community, Mr. Ikechuku however lamented their failure to give them all-round protection with the reason that residents might mistaken the gesture for having had their palms greased by the Nigerians.

Content created and supplied by: Upperwestmedia.net (via Opera
News )