Kaieteur News – Home Affairs Minister, Robeson Benn on Friday announced that he plans to ban all foreign artistes like “Skeng” who promote gun violence in their music, from performing publicly in Guyana. 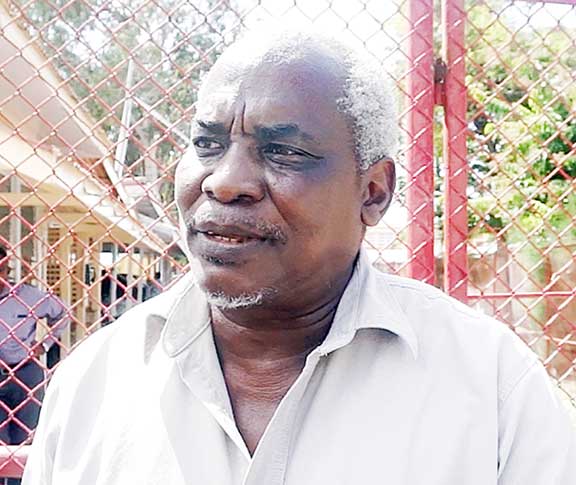 Benn made his intentions clear while making a speech at the official launching of the Community Relations Department of the Guyana Police Force (GPF), held at its Eve Leary headquarters in Georgetown.
The Minister in his speech said, “And I have to say here and now that no artiste like Skeng can never again come into this country under the signature of anyone in the Ministry of Home Affairs or from the Guyana Police Force”.
“Skeng” whose real name is, Kevaun Douglas, is a Jamaican dancehall artiste who performed last month on stage at the National Park during the Guyana Independence Week carnival celebration.
He performed at a show called “Baderation” hosted by Hits and Jams Entertainment (HJ) and it reportedly ended abruptly after patrons began pulling out handguns and shooting into the air while he was singing one of his hit songs called “Protocol”. When the show ended, videos surfaced on social media of multiple persons being robbed during the show.

Police had labeled the violent behaviour at his performance a major security concern for the country. To date, the Force is yet to arrest some of the patrons caught on camera discharging their firearm in a public space. As police continue the search for these individuals, Minister Benn has decided to place a ban on all artistes like Skeng who promote gun violence in their songs from performing on a public stage in Guyana.
“If they want, they could go into a private club and behave as badly as they want, but we will not sign off on any such artiste who has a record of promoting vulgar and violent behaviour including the firing of gunshots in public places. We will reject it completely”, Benn said during his speech.
Benn also lashed out at the artiste for capitalizing on his experience while performing in Guyana to make a new hit song called “Gang Bang.” According to Benn, the artiste disgraced the country by “calling Georgetown a gun town” in his new song.
Benn’s exact words were, “And only this morning, I was sent a video of new song sent out with a line that Georgetown is a gun town”.
Skeng’s new song began with the intro of a local Guyanese “Tik Toker” warning patrons who attended Skeng’s show in Guyana “to keep their purses, phones and other valuables inside because the dunce thugs (delinquent individuals) would be present at the show to support the molly team ( referring to Skeng and his group)”.
Benn said that he is going make sure that Skeng’s new song is taken off Guyana’s airwaves and even removed from the local social media pages.