Shernilla Hamar is a resident of Farm, Mahaicony, East Coast Demerara and a teacher attached to the Mahaicony Secondary School.

The mother of two told the Pepperpot Magazine that the dream for her recently-launched small business, which sells bridal accessories and decor, accelerated to new heights when she was asked by a friend to decorate for a birth anniversary celebration.

She explained that she used to only decorate for family, but a friend asked her to provide her services, and she decided to do it but with a cost attached. 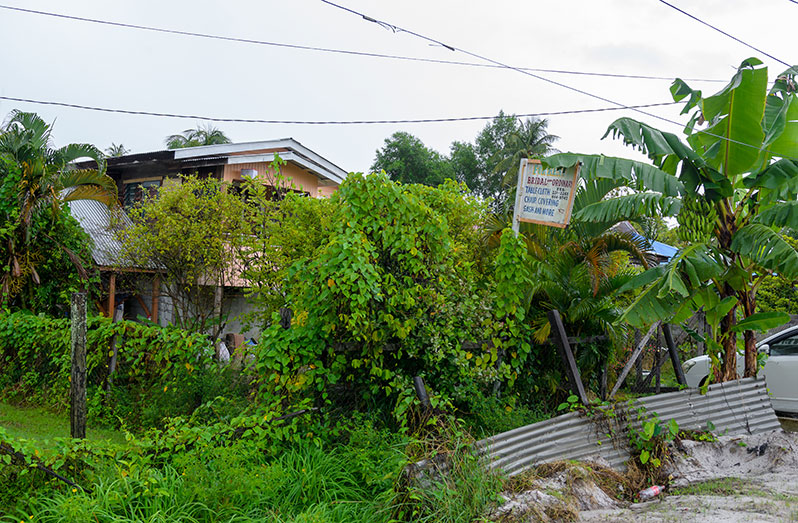 It then became a ‘side-business’ which isn’t always in demand. But she gets a lot of business during peak seasons like in June, the month of brides, or at birthdays and other events.

Hamar’s small business started three years ago. Before COVID-19, she had catered for events in a large setting.

But during the pandemic, things have been slow because some people do not host events where a lot of people are gathered at one location.

Hamar would get the support she needs from her mother, Pamela Moriah, 61, a stay-at-home person, and a mother of six.

All of the things for rental are usually in storage until she gets a ‘job’ such as a baby shower, a party, a birth anniversary, a wedding or a dinner.

Moriah told the Pepperpot Magazine that she is originally from Calcutta Village and relocated to reside with her grandmother, who is from Farm Village, Mahaicony.

Moriah describes life as quiet, simple and peaceful at Farm Village, a place where there are no strangers.