Schools across Guyana will close during the July-August holiday season and will open in September as normal, according to Minister of Education, Priya Manickchand.
This comes after many discussions were had between the Ministry and teachers over the possibility of schools being opened during the July-August holiday season to help educators recoup some of the learning loss recorded during the COVID-19 pandemic.
Back in May, Manickchand had entertained the possibility of schools across Guyana remaining open to ease learning loss recorded by the Ministry during the COVID-19 pandemic.
Now, following a consensus among teachers, the majority were not in favour of schools remaining open during the July-August break since they were engaged in schoolroom activities during the pandemic.
Minister Manickchand noted that the Ministry was exploring the possibility of extending the current school year to recover the learning loss incurred by the pandemic, but the Ministry and its stakeholders have decided to have the schools closed as usual.
“We believe that it is the best at this point, to have everyone close for the July-August holidays, as usual, return to school in September, refreshed, teachers feel particularly tired because while it is true that we were home they were still working and so they feel like they need the break,” the Minister said.
Manickchand noted that there are some teachers who have voiced their opinions on schools remaining open. 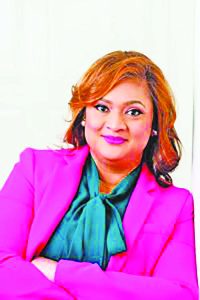 “While there are some teachers who are telling us very strongly that we need to do this [keep schools open] because we need to recapture the time, to get back some time. There are enough teachers telling us that they don’t want to do it and we respect that, and we’re going to try to make sure that we comply with and do what is best for all the stakeholders involved, particularly the students and the teachers,” she explained.
The Minister also indicated that some teachers have expressed their willingness to work with students during the holiday season, especially those preparing for major examinations.
“What we will do in an organised way that we are going to announce shortly is publish on the learning channel and on our new radio station EDUU, we’re going to publish in an organised way, courses, studies in different areas, so if parents want their children to get reinforcement, or what we call in Guyana, lessons, for free they can tune into the channel at different points,” Minister Manickchand noted.
While schools were closed, the Ministry embarked on a number of initiatives to ensure that students remained engaged. However, with disparities in the system, the outcome was far from what would have been achieved by face-to-face learning.
Studies have also shown that the longer schools are closed, the greater students will be affected.
The Education Ministry had printed thousands of worksheets for each grade that corresponded with the curriculum and what each child should have been learning if they were in the classroom. The Guyana Learning Channel undertook the production of recorded lessons done by local teachers on the various topics outlined in the curriculum.
In April, the Education Ministry announced that schools would reopen fully – almost two years after they were closed completely due to the pandemic.