SPEAKING before a gathering of the Guyanese diaspora in Los Angeles, California, President, Dr Irfaan Ali, emphasised that overseas-based Guyanese, now more than ever need to be part of the country’s massive transformation and development.

The President made the remarks on Friday night when he engaged Guyanese living in Los Angeles at an event organised by the Guyana Consulate there. President Ali was in Los Angeles to attend the IX Summit of the Americas.

“To my Guyanese brothers and sisters, I assure you of a few things. I assure you of being part of the future, which seeks to bring our country together. Your country needs you today more than ever. We are ready to have all of you as part of this new transformative Guyana that we so badly want to create,” the Head of State expressed to the gathering. 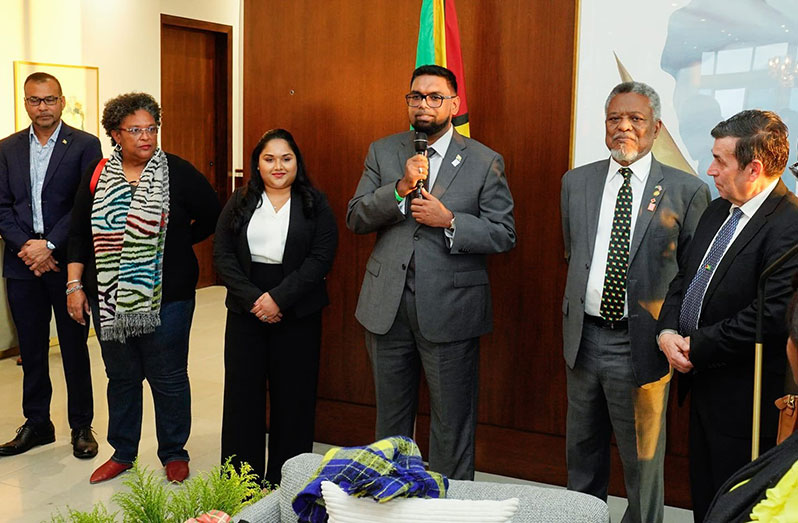 The President was accompanied by First Lady, Mrs Arya Ali; Prime Minister of Barbados, Mia Mottley; Guyana’s Ambassador in Washington, Samuel Hinds and Foreign Secretary, Robert Persaud.
During the event, the President thanked certain members of the diaspora for the work that they have been doing, and welcomed them to consider investments in Guyana, but cautioned that they cannot invest from a distance and they should return home to do the necessary ground work.

“Sometimes we’re in the diaspora and we believe we can stay from far away and be part of the change. If you want to invest, you have to come make your own assessment, analysis, business plan and pursue investments like a true investor,” the President advised.

The Guyana Office for Investment (Go-Invest), headed by Chief Executive Officer, Peter Ramsaroop, is the country’s primary contact for investors and for liaising with government agencies throughout the investment process. 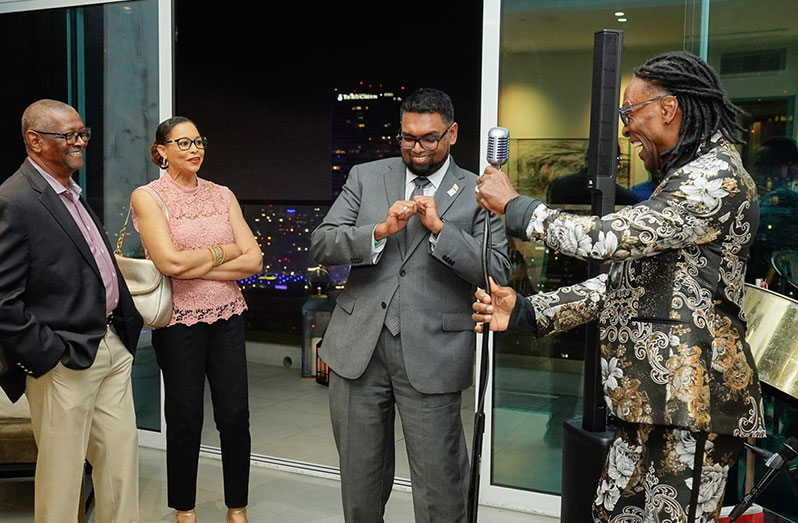 According to President Ali, many members of the diaspora are already au fait with the many reports on Guyana’s fast developing economy due to the burgeoning oil-and-gas industry; however, he noted that Guyanese must be pragmatic of the light Guyana is painted in.

THINK BIG
President Ali also spoke about the current ongoing drive by the Caribbean Community (CARICOM) to garner increasing global attention for the many issues facing the region, particularly those pertaining to food security and climate change.

President Ali noted that it was because of the heavy lobbying from the CARCIOM region that food security was added to the agenda of the IX Summit of the Americas.
“I believe strongly that the world must plan for CARICOM, but more importantly, the Americas must plan for CARICOM. It is my belief that it is the work and aggression of CARICOM that got food security and climate change as the agenda item in this Summit of the Americas.

“In the case of food security, it was completely taken off the global agenda. We are leading the way to ensure that food security is not only on the agenda, but on top of the agenda with climate change,” Dr. Ali said.
Dr Ali’s words come amidst renewed sense of unity in the CARICOM region which has most recently banded around agreements to improve food security in light of challenges facing the world due to global issues.

The region is currently striving to reduce the external food-import bill by 2025 through increased intra-regional production. This is backed by increased public and private investment.
The CARICOM’s renewed interest in food security comes following previous initiatives that fell to the wayside. However, the region is building on the reinvigorated energy to push forward with a new plan.

“We are leading a new revolution in CARICOM where we want to fix our problems. We said very clearly, we are tired of technical studies, it is now time to move from studies to action. We are convinced that with the collective will that exists in CARICOM today we are moving on a new path of action. I believe strongly in the leadership of CARICOM today and I believe [in] the potential of Guyana in becoming the food basket of the region,” President Ali said.