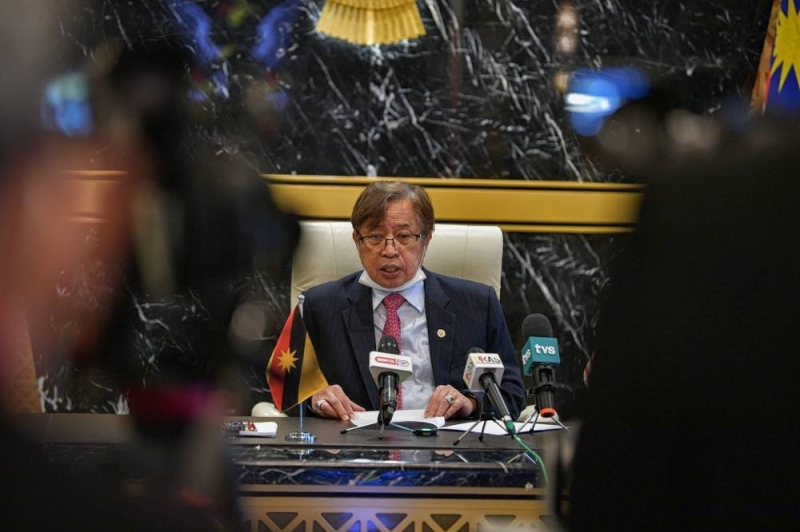 KUCHING, June 9 — The state government is turning its attention towards developing a robust production of alternative aviation fuels such as Sustainable Aviation Fuel (SAF), which could be the key to sustainable air travel and to decarbonise the aviation industry, Premier Tan Sri Abang Johari Openg said today.

He said using sustainable aviation fuels would result in the reduction of carbon emissions compared to traditional jet fuels. “We want to be sure that we are developing this fuel to not only take into account greenhouse gas reductions, but the amount of water usage and appropriate land use that goes into making these fuels,” he said in his keynote address at the Sarawak-Korea Energy Forum here.

He said the SAF collaboration is a venture into developing biofuels for aviation, in which the aviation industry has net-zero carbon emissions goals, adding that biodiesel and e-methanol could be another avenue contributing to the aviation and marine industry as low carbon fuels.

“Expanding domestic SAF production can help sustain the benefits of our biofuel industry and forge new economic benefits, creating and securing employment opportunities across the country,” he said.

He said there is tremendous opportunity between Sarawak and Korea towards a future fuelled with SAF that could unlock additional social, environmental, economic benefits — from creating jobs to restoring soil and watersheds to improving aircraft performance.

He said there is a need to address the gap between jet fuel price and the cost of sustainable fuels to be more competitive.

“The key to greater acceptance and deployment of SAF is reduction in costs,” he said.

He said Sarawak will create an ideal ecosystem for the hydrogen economy to be a pioneer in Asia Pacific to explore, innovate and produce green hydrogen. He said he is grateful that South Korean companies like Samsung Engineering, POSCO and Lotte Chemicals have jumped on the bandwagon and partnered with SEDC to develop an environmentally-friendly hydrogen and green ammonia plant in Bintulu.

Abang Johari also said Sarawak has been identified as one of the potential regions in the world for Carbon Capture, Utilisation and Storage (CCUS).

He added CCUS can fast track the growth of South-east Asia economies on the path to net-zero emissions, saying that it goes beyond fossil fuel applications and contributes to emissions reductions of the power and industrial assets, while underpinning new economic opportunities associated with the production of low-carbon hydrogen and ammonia.

“I welcome Korean companies to work with Sarawak to explore the potentials in CCUS. The opportunity lies in the initial stage of capturing and separating carbon dioxide from processing and production of the green ammonia, methanol or from the combustion flue gases.

“The carbon dioxide that is captured is then compressed into a liquid or supercritical fluid, ready for transportation.

“I believe the cooperation between Korea and Sarawak will enable faster and more efficient deployment of CCUS for development of carbon dioxide transport and storage infrastructure,” he said.