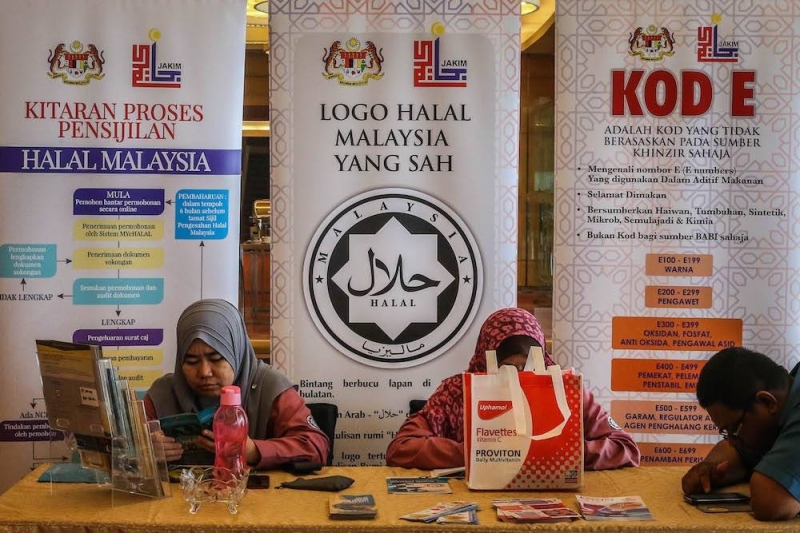 File picture of the halal logo on a banner during a Jakim event. — Picture by Firdaus Latif

KUALA LUMPUR, June 12 — Despite the abolishment of the approved permit (AP) or import quota for some food items as recently announced by the government, any entry of halal food is still subject to Paragraph 5 (1) of the Trade Descriptions (Certification and Marking of Halal) Order 2011.

The Department of Islamic Development Malaysia (Jakim)’s Malaysia Halal Council Secretariat said that the paragraph stipulates that all imported food and goods marketed in Malaysia cannot be described as halal unless they comply with the requirements of paragraph 4 or are certified as halal by a foreign halal certification body recognised by Jakim.

“To ensure the halal status of imported food, Jakim has recognised 84 foreign halal certification bodies from 46 countries around the world.

“They are responsible for overseeing and controlling the implementation of the halal system in abattoirs approved to export meat to Malaysia and industries that export their products into the country,” the secretariat said in a statement to Bernama.

On May 18, Prime Minister Datuk Seri Ismail Sabri Yaakob announced the government’s decision not to impose AP to import food products into the country with immediate effect to ensure adequate food supply in the country.

It also said that the halal certification issuance is in accordance with the set standards and through strict screening and review at every level. — Bernama