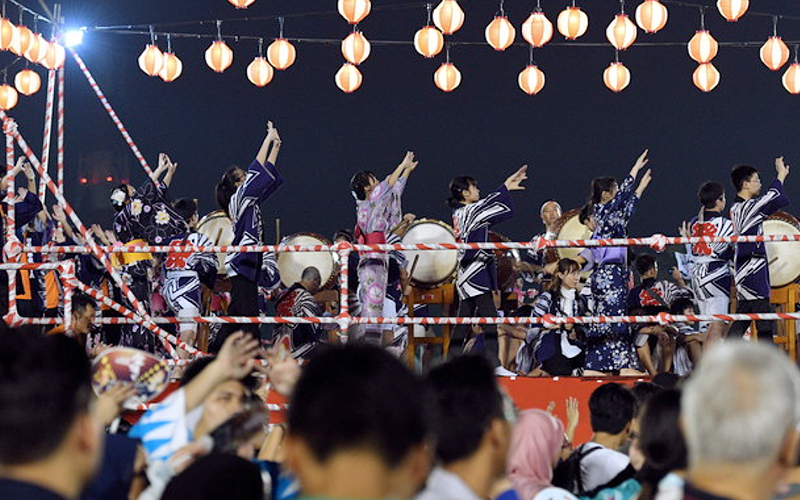 The Bon Odori summer festival, organised by the Japanese community, is making a comeback in Malaysia after a two-year hiatus because of the pandemic. (Bernama pic)

Referring to a recent statement by religious affairs minister Idris Ahmad, she told FMT she was concerned over its effect on Malaysia’s trade with Japan.

Japan is Malaysia’s fourth largest trading partner. Trade between the two countries was valued at about RM149 billion in 2021.

Furthermore, Japanese companies make up the third-largest group of foreign investors in Malaysia’s manufacturing sector for implemented projects. These are valued at RM90.9 billion.

Noor Farida, a former ambassador to the Netherlands, told FMT: “I believe such statements would be detrimental to our ties with Japan. Idris Ahmad should be aware of the consequences before issuing such statements.”

Idris said last Monday that Jakim, the Islamic development department, had confirmed that the Bon Odori festival was “influenced by elements of other religions”.

However, the Sultan of Selangor yesterday instructed the Selangor Islamic religious department to allow the festival to proceed. The celebration will be held next month.

Another former diplomat, Dennis Ignatius, said he had heard that the Japanese community in Malaysia was shocked by Idris’ statement.

He claimed that in Japan, it had led to concerns over whether Malaysia’s radicalism would affect Japanese investments.

It was “something to watch very closely”, he said. “This is what happens when you let PAS into the government.”

However, former ambassador to Argentina M Santhananaban said it was “very unlikely” that Idris’ statement and that of Penang mufti Wan Salim Mohd Noor would affect Malaysia’s ties with Japan.

Wan Salim had also advised Muslims against taking part in the festival, saying it could lead to polytheism.

Santhananaban said the Japanese government would be reluctant to be drawn into the controversy.

“Our bilateral relations are strong and abiding and quite neutral in respect of religion,” he said.