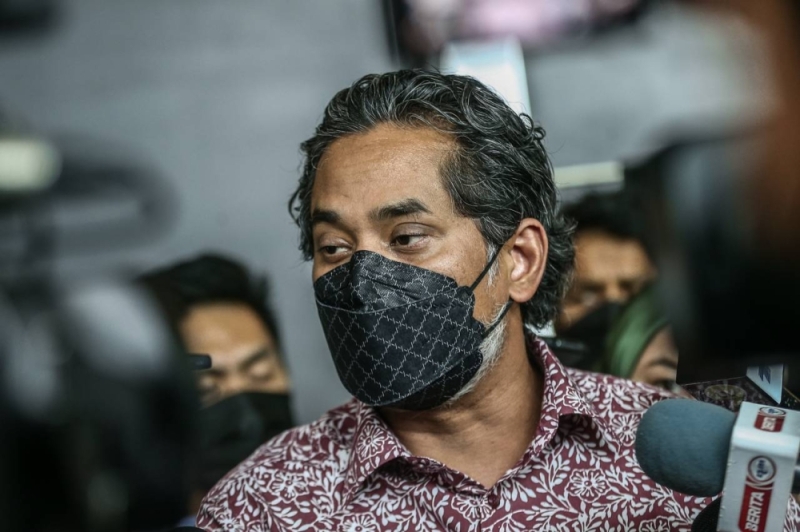 The Health Minister said the proposal is aimed at further future-proofing the country’s healthcare system. — Picture by Hari Anggara

KUALA LUMPUR, June 11 — Malaysia’s Health White Paper will propose the establishment of a Healthcare Reform Commission whose task is to independently monitor, advise and report on the status of healthcare reform implementation to the government, Parliament and the people, said Khairy Jamaluddin.

The Health Minister said the proposal is aimed at further future-proofing the country’s healthcare system.

“Having a transparent and well-appointed Healthcare Reform Commission would, we (Health Ministry) hope, inject a level of institutional check-and-balance and stability into the healthcare political economy, supporting structural reforms no matter what the future holds,” he said.

Khairy said this in his keynote address titled ‘Future-Proofing Public Health Care’ delivered at the Public Health Thought Leadership Dialogue which was held at the Saw Swee Hock School of Public Health, National University of Singapore (NUS) on June 2 when he was in the republic as a Lee Kuan Yew Exchange Fellow.

The text of his speech was made available to Bernama today after the video was uploaded in NUS YouTube channel yesterday.

Khairy said the Health Ministry is currently considering four broad areas of reform in developing a Health White Paper aimed exactly at making the case for structural changes as tough as they may be to future-proof Malaysia’s healthcare system.

He said the first area is equitability of access which includes defining quality aspects which basic medical services should cover, reducing the regional gap in healthcare facilities and having a clear framework for cost-benefit assessment.

“As a first step, one of the key structural reforms that Malaysia is currently studying is to grant greater operational autonomy to our public hospitals, so that these overburdened and constrained flagship institutions are given the room to be more responsive to the changing needs of the population,” he said.

Khairy said such a change is intended to also facilitate better integration and public-private partnerships to allow the Ministry of Health to focus on policy, regulation, research, public health surveillance and interventions, while devolving service delivery in the long run.

He said the second area the Health White Paper is considering is sustainable healthcare financing as since the onslaught of Covid-19 on lives, livelihoods and people’s collective sense of security, financing health care is increasingly being seen as an investment rather than an expense.

Khairy said the third aspect which the Health White Paper is considering is the governance, oversight and accountability, and the Healthcare Reform Commission is one of the proposals to ensure the direction of reform is followed through.

The last aspect is bringing ‘health’ back to healthcare as presently it is a more on the sickcare side, said Khairy.

“Community empowerment is of course an extremely important component and part of the structural reforms is to work more effectively with civil society organisations and community change agents in order to increase health literacy as well as to address barriers rooted in social determinants of health such as income, poverty, education, housing, the local environment and many others,” he added.

He said Covid-19 is a wake-up call and the opportunity for a big reset and the long overdue systemic reforms must be put in place now. — Bernama