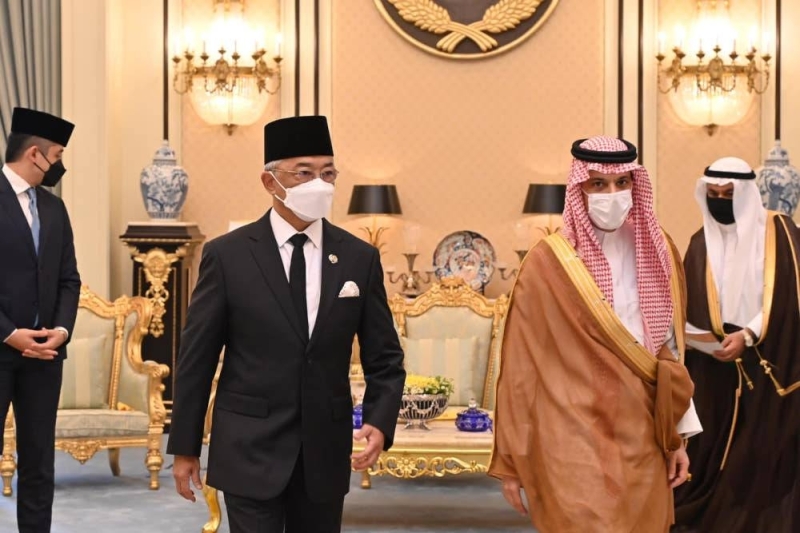 Istana Negara in a post on its Facebook page said during the 30-minute meeting which started at 11am, His Majesty and Prince Faisal touched on the strong bilateral ties between the two countries since 1957. — Picture from Facebook/Istana Negara

Istana Negara in a post on its Facebook page said during the 30-minute meeting which started at 11am, His Majesty and Prince Faisal touched on the strong bilateral ties between the two countries since 1957.

Among topics discussed were efforts to strengthen trade and the economy, measures to increase and further expand investment and cooperation as well as regional and international issues of interest to both countries.

“His Majesty expressed his appreciation and gratitude for the special relationship that had been established between Malaysia and Saudi Arabia in various fields, including the contributions and assistance extended to Malaysia in the fight against Covid-19 and during the post-pandemic recovery,” read the post.

The audience with Al-Sultan Abdullah was among the programmes lined up for Prince Faisal’s inaugural two-day official visit to Malaysia starting yesterday.

In the meeting, His Majesty also thanked the Government of Saudi Arabia for the post-pandemic Haj quota allocation that was granted to Malaysia and hoped that everything would go smoothly for Malaysian pilgrims in performing the Haj rituals.

Al Sultan Abdullah also expressed his happiness in seeing that Saudi Arabia is one of the largest markets for Malaysia’s palm oil exports which saw a total export value of RM1.763 billion, last year.

In thanking Prince Faisal for the invitation to pay an official visit to Saudi Arabia, His Majesty prayed that King Salman bin Abdulaziz Al-Saud, who is the Custodian of the Two Holy Mosques, be blessed with good health and long life, and wished peace and prosperity for the Kingdom. — Bernama