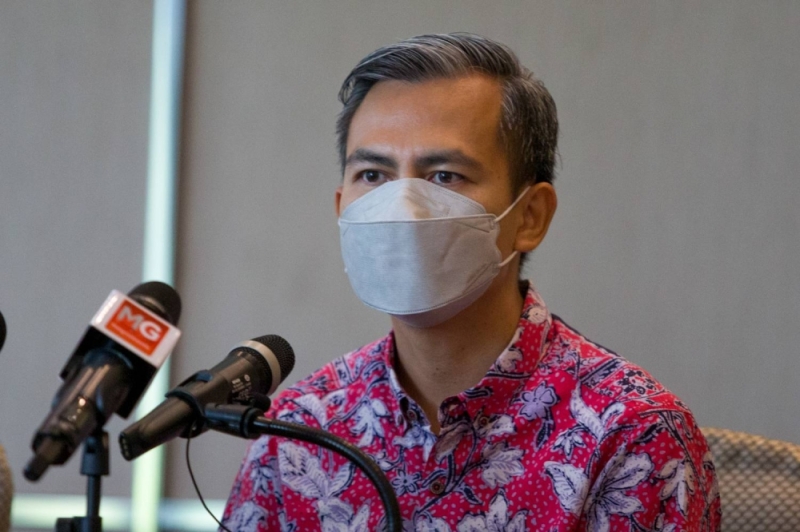 PKR MP Fahmi Fadzil said an explanation was necessary since DBKL has denied it appointed SCIB via Ennova Sdn Bhd for the job, despite the former firm’s filing with Bursa Malaysia. — Picture by Devan Manuel

The PKR MP for Lembah Pantai said an explanation was necessary since DBKL has denied it appointed SCIB via Ennova Sdn Bhd for the job, despite the former firm’s filing with Bursa Malaysia.

“So, what really happened? Is Ennova allowed to [subcontract] the replacement work of DBKL lampposts to SCIB, based on the terms of the Ennova-DBKL contract? “What is the actual amount paid by DBKL to Ennova to change these 200 lampposts? “If Ennova did not do this work, why did DBKL not pay directly to SCIB? Why give a contract to Ennova if it is not Ennova who does the work?” Fahmi questioned DBKL.

DBKL yesterday denied appointing SCIB as the contractor to replace 200 lamp posts in the Klang Valley.

“We would like to refer to several media reports which mentioned that SCIB will be carrying out some work for DBKL.

“We have never authorised any third party to appoint SCIB or any of its subsidiaries to carry out projects for DBKL,” Free Malaysia Today reported the local council as saying.

On June 7, Bernama reported that SCIB, through its subsidiary SCIB Properties Sdn Bhd, had obtained the contract to engineer, procure, build and operate 200 lamp posts in the Klang Valley from Ennova Sdn Bhd worth RM30.75 million.