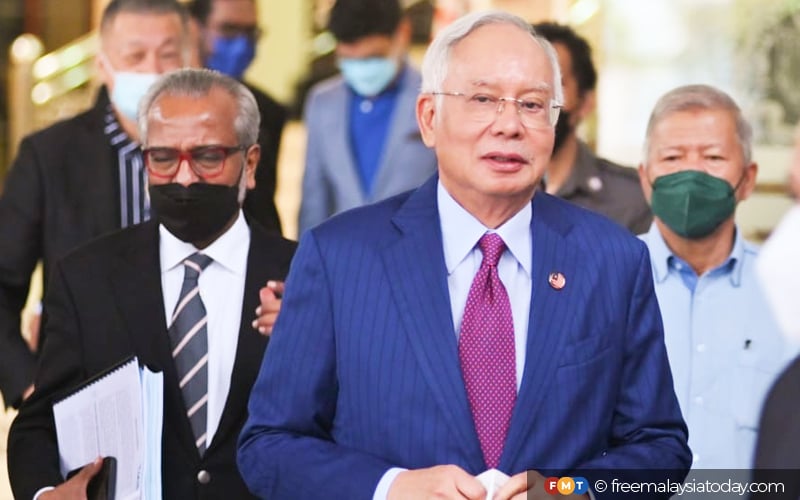 At a press conference outside the court complex here, Najib said he has instructed his legal team led by lawyer Shafee Abdullah to apply to adduce new evidence in his trial.

This comes amid reports that the Malaysian Anti-Corruption Commission has opened an investigation about an unexplained sum of more than RM1 million in judge Nazlan Mohd Ghazali’s bank account.

Nazlan is the trial judge who convicted Najib when the SRC International case was heard at the high court.

Nazlan has lodged a police report over the allegations, saying they were “false, baseless and malicious” and aimed at undermining his credibility as a judge.

In 2020, Nazlan convicted Najib and sentenced him to a 12-year jail term and a RM210 million fine.

Najib’s appeal is pending before the Federal Court.