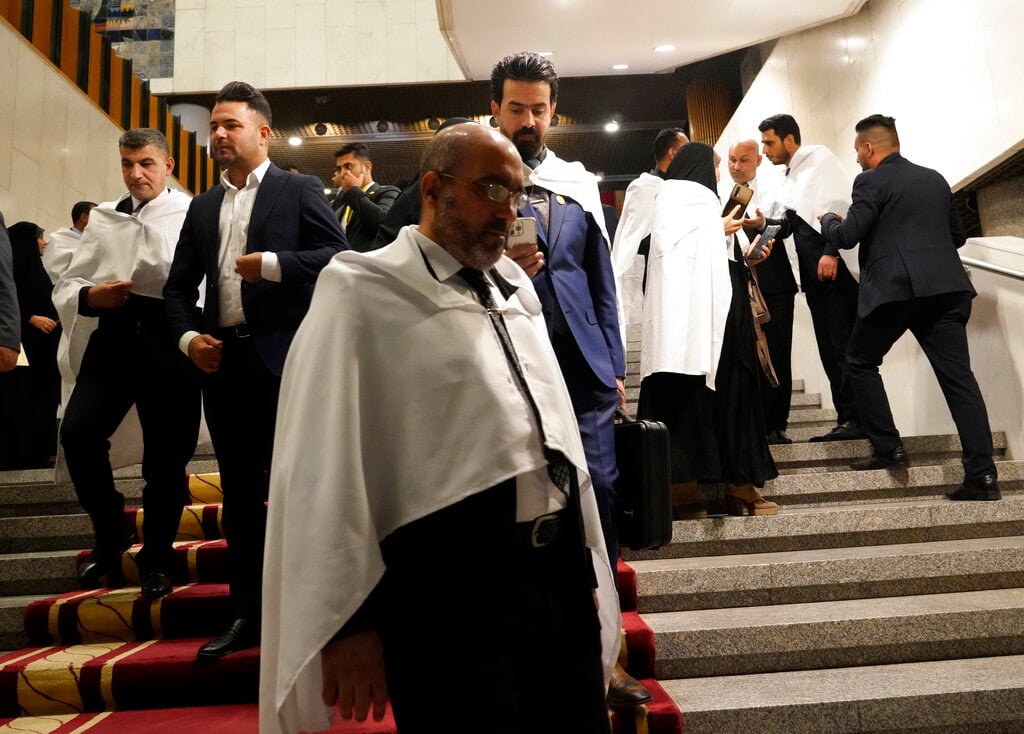 Disagreement among parties has hindered Iraq’s parliament from forming a government. (AP pic)

BAGHDAD: Lawmakers from the Sadrist bloc in Iraq’s parliament resigned yesterday after their leader, powerful Shi’ite Muslim cleric Moqtada al-Sadr, asked them to step down amid a prolonged stalemate over forming a government.

Sadr’s party was the biggest winner in an October general election, increasing the number of seats it holds in parliament to 73.

But political disagreement among parties has hindered the parliament from electing a president and forming a government.

Sadr’s victory in the election had raised the possibility that he could sideline his Iranian-backed rivals who had dominated politics in Iraq for years.

“Sadr reached to the point that he accepted the bitter reality that it’s nearly impossible to form a government away from the Iranian-backed groups,” said Ali Moussawi, a former Shi’ite lawmaker and a political researcher at Baghdad University.

Even though his withdrawal is a setback, Sadr, whose supporters fought US occupation forces, still has firepower with hundreds of thousands of followers who can stage protests, Moussawi added.

Sadr, a populist who has positioned himself as a staunch opponent of both Iran and the US, said in a handwritten statement that his request to lawmakers to resign was “a sacrifice from me for the country and the people to rid them of the unknown destiny”.

Soon after, the parliamentary speaker accepted the resignations.