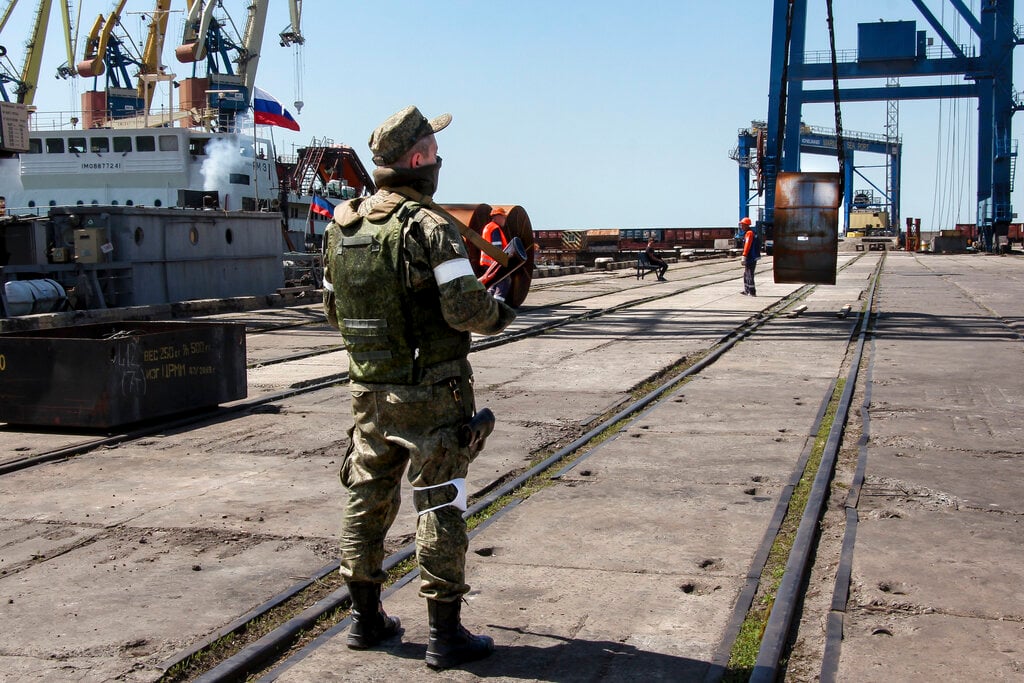 Zelensky said in a televised statement the world was on the brink of a “terrible food crisis”, with Ukraine unable to export large amounts of wheat, corn, oil and other products that had played a “stabilising role in the global market”.

“This means that, unfortunately, there may be a physical shortage of products in dozens of countries around the world. Millions of people may starve if the Russian blockade of the Black Sea continues,” he said.

Russia has seized large parts of Ukraine’s coast in nearly 15 weeks of war and its warships control the Black and Azov Seas, blocking Ukraine’s farm exports and driving up the cost of grain.

Ukraine and the West accuse Moscow of weaponising food supplies. Russia says Ukrainian mines laid at sea and international sanctions on Moscow are to blame.

Blaming Russia for the blockade, Zelensky said that “while we are looking for ways to protect freedom, another person is destroying it. Another person continues to blackmail the world with hunger”.

Ukraine exported up to 6 million tonnes of grain a month before Russia launched its invasion on Feb 24. Moscow calls its action a special military operation.

Volumes have since fallen to about 1 million tonnes as Ukraine, which used to export most of its goods through seaports, has been forced to transport grain by train via its western border or via its small Danube river ports.